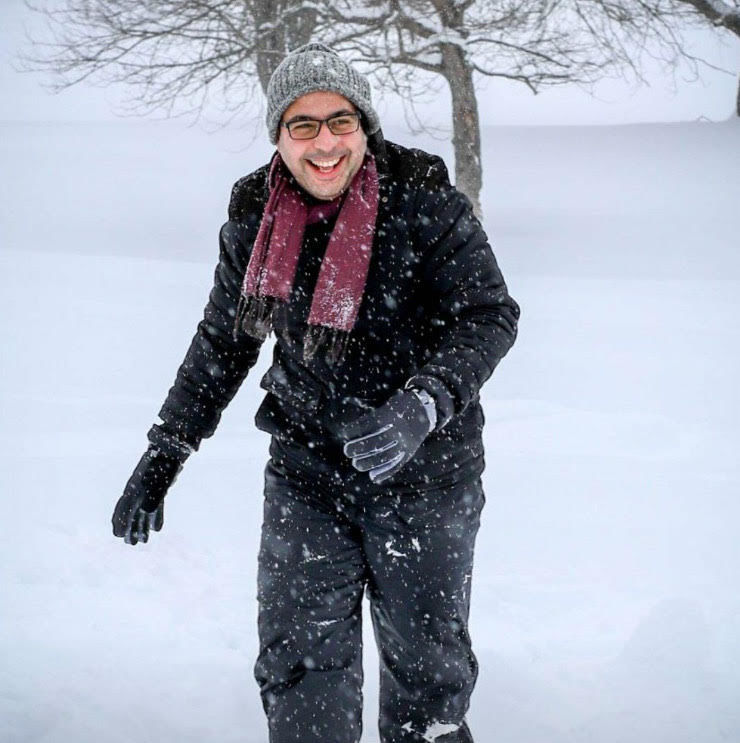 Abdalla was raised in Cairo, Egypt. He received his bachelor’s degree in philosophy from Cairo University in 2002, but his main interest was always music.

He befriended the music professors at his university and started receiving proper instruction for the first time in his life.  He also began working as a professional musician at night, playing gigs at places like the Cairo Opera House, all while continuing his studies. After graduation, Abdalla spent time in the Egyptan city Hurghada, where he taught Arabic phrases to tourists staying in the hotel where he was performing.

It was through the friends he made while playing gigs at night that Abdalla met current Colgate Arabic professor Amany El-Saeid, who was a professor at the American University of Cairo at the time. El-Saeid convinced him to complete a master’s program at AUC in teaching Arabic as a second language.

For Abdalla, it was all coming together.

“There, I came up with the idea of mixing music and education,” Abdalla said. “I could use music to teach Arabic language to students.”

El-Saeid put Abdalla in touch with Nady Abdal-Ghaffar, who was already teaching Arabic at Colgate University. The two spoke over the phone, and Abdalla explained to Abdal-Ghaffar his ideas for incorporating music into the classroom.

“I had no idea it was an interview,” Abdalla said.

From there, things moved rapidly. Abdalla’s American visa application was accepted in four minutes. Next thing he knew, he was getting settled into his new apartment in Hamilton, New York.

“I came here and I was stunned,” he said. “It was so gorgeous. I fell in love from the first moment.”

Abdalla’s friendly and outgoing personality made the transition into a new place much easier. He wasted no time in making new friends with his fellow language interns and others in the community.

“Six months later, and half of the village were friends of mine,” he said with a laugh.

When Abdalla began attending classes, he was stunned again by the high levels of Arabic being produced in the classroom. He started leading the Arabic Language Table of Babel meetings in Frank Dining Hall on Tuesdays, where students join him in singing Arabic songs and playing traditional instruments.

Abdalla has found a home here at Colgate and hopes to continue teaching Arabic as a second language in the future. When asked his favorite thing about working at Colgate so far, he answered without pause.

“Everything! I love everything here.”