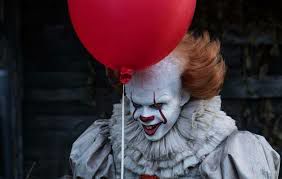 In an interview with MTV News after the release of It (2017), the young cast dreamed about who they would want to play their characters’ older selves in the sequel. While not everyone got what they wanted, the star-studded cast includes Jessica Chastain, Bill Hader, James McAvoy, and the one and only Bill Skarsgård. In terms of both look and performance, the older actors perfectly resemble their younger counterparts, which is one of the key elements that make this sequel work.

In this sequel, we see the new lives of the members of the Losers’ Club, all of which are comfortable lives (at least financially) far from Derry, Maine. Only Mike (Mustafa) remains in Derry, and his phone call to each of the members results in their reunion. As they vowed to each other 27 years earlier, they must return to Derry to defeat Pennywise once and for all. The narrative itself isn’t difficult to follow, and is supplemented by a series of flashbacks to the past as the Losers’ Club face the memories they left behind.

The runtime is roughly 3 hours, which seems overly long, but it almost isn’t enough. Yes, the film moves pretty quickly, leaving little time for fidgeting— but there are still questions that remain unanswered. Perhaps the ambiguity is left on purpose, but we leave the theater still unsure of what Pennywise is and what his purpose in returning is. A few other things don’t seem to match up either, such as his simultaneous omnipotence/omnipresence and decapitating vulnerability.

Nonetheless, the film has a few good scares and the visuals are creepy yet intriguing. Skarsgård does an excellent job portraying Pennywise—100 percent monster and demon lurking under the guise of a clown. In a fundamental sense, the film explores the question of what home is and whether we can escape or erase this part of who we are. Go watch IT Chapter 2 because it showcases what films do best when done well, particularly for a book adaptation, and look out for Stephen King’s cameo.