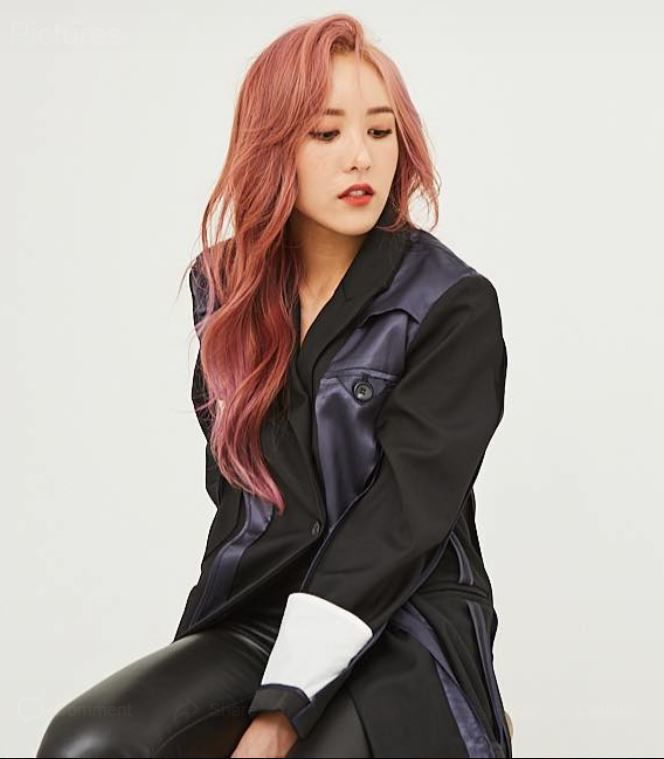 Hailey Park ’19 is not your average Colgate alumna. Rather than pursue a career in business or politics, Park was one of fewer than a dozen music concentrators on campus and has been able to turn her passion for singing and songwriting into a career.

Her exploration of music on campus began with her involvement in the Swinging ’Gates, the only all-female a capella group on campus. Park’s first year, she was assigned to be an Alto 2, the lowest voice part, but as the years progressed, she became a Soprano 1, the highest voice part. This transition demonstrates Park’s impressive vocal range and capabilities.

When she reached her senior year, not only did Park know every part and harmony to every song, but she also became the musical director of the group. With her passion and perfect pitch, she arranged songs and taught parts with ease. She notably arranged one of the group’s favorite songs, “Take A Bow” by Rihanna, which she performed last year at the ’Gates’ senior concert.

At first, Park was apprehensive about exploring her passion for music in such an academic environment.

“Before attending Colgate, I’d always wanted to write songs on my own, but I didn’t think I was talented enough to do that. My self confidence was low, so I never had the will or courage to write a song,” Park said.

During her first year, Park took Harmony 1, a course that would challenge her to experiment with music and compose her own song. The class forced Park to compose wholly original works for her midterm and final.

“I think that is when I finally forced myself to compose something of my own… I put my self-consciousness aside and began to enjoy creating music. After I completed one song, something finally clicked, and I knew I fell in love with songwriting,” Park said.

The first songs Park created were a catalyst for her relationship with the music industry in South Korea. After getting signed by Popmusic Entertainment, the songs Park composed for her midterm and final were some of the first she shared with the agency.

“My love for songwriting soon became my career as I shared my midterm and final projects to the management agency I am currently signed with,” Park said.

Currently, Park is working on her official debut with Popmusic Entertainment.

“I have been basically living at my studio, writing songs, recording and practicing… I have already recorded three songs, and next week, I am finally shooting my music video,” Park said.

Not only is she channeling her musical energy inside the studio, she is also bringing her love for music to a wider population: the lovers of K-Pop.

“I also started a YouTube channel with Newsade where I am introducing K-Pop in English. I thought this would be a fun project because I realized that K-Pop is starting to grow bigger and it is getting attraction and interest outside of South Korea… I decided to start this channel to help people better understand the meaning of certain songs,” Park said.

Despite the negative connotations associated with a life of fame, Park noted that she does not experience the typical stresses and pressures of celebrity life.

“There are no rules in my company. They encourage me to take care of my health, and they do not put pressure on my physical looks. They don’t force me to do anything, which makes me feel like I’m just free to do whatever I want. I can change my hair color without having to ask permission, I can learn how to dance if I want to, I can ask my producers and friends to work on songwriting without hesitation, and I can eat as much as I want,” Park said.

This is the first step on Park’s journey to stardom. In the future, she hopes that her music impacts people’s lives in a positive light.

“I want to be recognized as a singer-songwriter who lives to create music that can touch the hearts of [its listeners]… I want to spread awareness about the discrimination certain groups of people are faced with. I believe that music can change how people think. I want to be the person who can do that,” Park said.

Clearly, Park is an inspiration to those at Colgate who want to pursue an atypical career path. She encourages current Colgate students to take risks, no matter what the cost.

“There is no such thing called failure. We may think that we are failures at times, but we are actually not. Some people will respect you and your dream. Without taking risks, we will never know anything. If there is something you have [an] interest in but you are unsure whether or not you can do it, I’d say just go for it. Who cares if it doesn’t work out?” Park said.