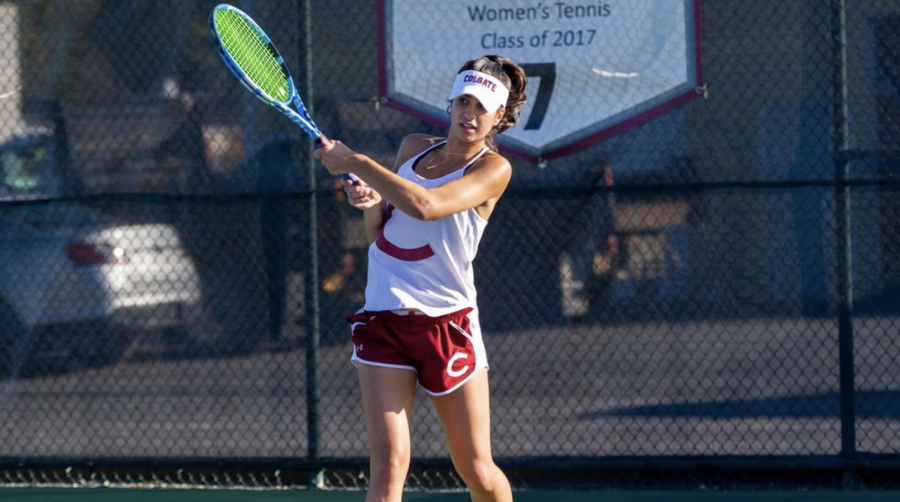 The Colgate women’s tennis team traveled to the Army Invite this weekend and faced great competition across the board.

The Raiders had quite an impressive weekend, however the opening day of competition was a bit of a struggle for the team. A key performer for the Raiders was senior Jordan Williams, who recovered from a tough opening round loss by winning three straight matches.

Another key player was freshman Rebecca Wolf, who won a pair of matches for the Raiders.

“We had a tough start to the weekend with 22 teams that are all really talented, but I’m super impressed with how we turned it around on day two. We set a goal for Saturday to have more wins than losses and with an 11-2 record for the day we did more than meet that goal,” Williams said.

Head Coach Bobby Pennington emphasized how depth can give the team hope for any competition, even after an unimpressive opening.

“Never in my 14 years have I seen a turnaround like our women’s team from day one to day two. The first day, we won one match and lost countless super breakers. Day two was the complete opposite, as we went 11-2 overall. We really showcased our depth, as we had multiple ladies win multiple matches against a high quality field of 22 of the best teams in the Northeast,” Pennington said.

Sophomore Elizabeth Laub echoed the sentiment and was excited to see the team bounce back after day one.

“We had an extremely slow start to the tournament, initially going 1-11. Many of these matches ended in nail-baiting super breakers where we just fell one or two points short. On day two, we were able to completely turn this stat around as we won 11 matches and dropped only two for the day,” Laub said.

The senior captains of the team, Williams and Lauren O’Brien, had strong finishes to their final invitational.

“I think we really set ourselves apart from the other teams in the second and third days with the amount of effort, support, and focus we brought to the courts, which showed in the results. At the end of the day we fought til the end and were the last team to leave, a true sign of our dedication to each other and the sport and why I am so proud to be a part of this team,” Williams said.

Both made it to the finals of their respective back-draws, and Williams took the crown in her bracket.

“Overall it was a great finish to the fall season invites—the whole team had a great showing at the end of the tournament, with multiple wins for almost everyone. We’re excited to do the same in a couple of weeks when we go back to Army for ITAs,” O’Brien said.

The team is very excited about the turnaround they made this weekend and look forward to competing in future tournaments.