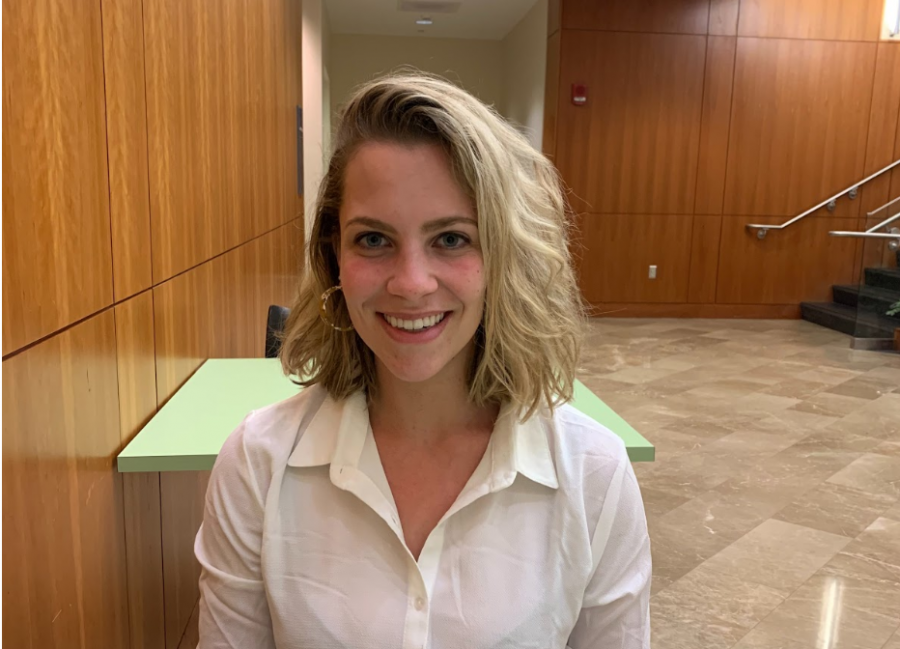 “If I were elected president, the first thing I would do is fix our education system,” said Anna Pluff, a history concentrator and political science and English double minor. “I’m wary of the shift toward the natural sciences. How we interact with the world and each other is so important, which is what the humanities teach us.” She paused for a moment. “Everyone just needs to learn more history. I know it can be politicized, but how else are we supposed to learn from the people who came before us?”

Pluff is preternaturally devoted to learning from her predecessors. At 12, she knew she wanted to major in history and eventually pursue a PhD in American history. By her junior year of high school, she knew she was going to attend Colgate and go on the London History study group.

When she finally did go on to London last spring, her appreciation for history only grew. “I love American history,” she said. “I still want to focus on the U.S. when I get my doctorate. But London, and Europe generally, is another world! Our oldest historical sites are what, 400 years old? I visited castles and government buildings that were built thousands of years ago. Walking amongst that kind of history was such a experience of growth for me. Not to be That Abroad Girl, but after living in London I have a deeper appreciation for the ways I interact with the world and fit within it, both personally and academically. Also, I became so much more independent than I ever thought possible. Figuring out how to ride the Tube was good for me.”

Although Pluff developed her independence in London, she has never struggled to pursue her own interests. Over the course of her Colgate career, Pluff has developed her own mode of historical analysis. She likes to delve into the lives of historical figures and use them as a framing device for her interest in the period. She has a penchant for the esoteric; last spring, she focused on AK Chesterton, the leader of a British extremist group called League of Empire Loyalists, to examine the British Fascist movement during the latter half of the twentieth century.

While most people would be disinterested in Chesterton, Pluff recognizes the value his unorthodox life and beliefs have in teaching us how to thwart extremist groups in our own world. “He is not a very likable guy,” she said, laughing. “He’s actually a complete weirdo and I’m not making excuses for him. I just think he has something to teach us.”

Throughout our conversation, Pluff returned to the process of learning, especially where she sees it in her own experiences. I read once that no one should leave college without knowing how little she knows. Pluff is the embodiment of this ethos; she is constantly seeking knowledge because she recognizes there is so much she has yet to learn. Whether she is reading books about fascism on the Tube or immersing herself in history here at Colgate, Pluff is constantly working to center herself between the past and the present. As for her presidential candidacy, she’s thinking she’ll run in 2060. Why that year?

“I can be a part of the JFK-Lincoln conspiracy theory. Obviously!”