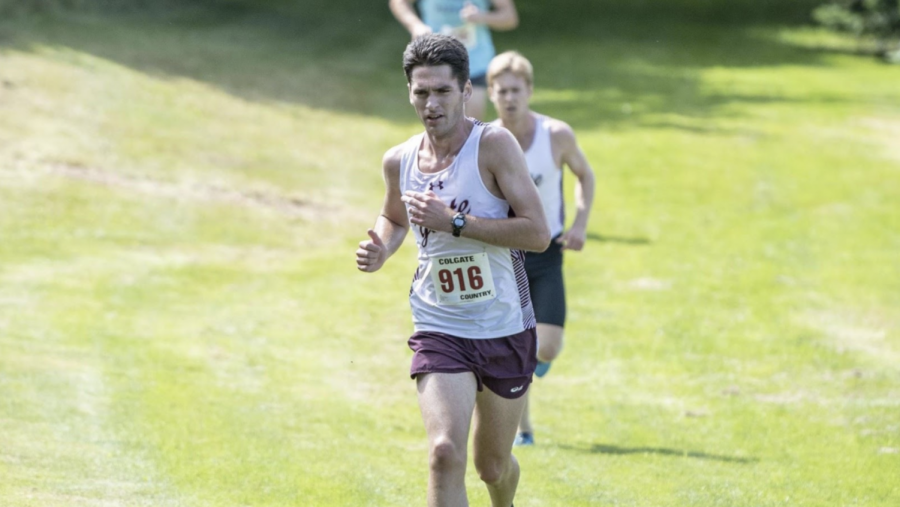 This past weekend, Colgate athletics struggled across the board. Overtime soccer losses, field hockey and football defeats in Patriot League play and an impressive four-set volleyball win were the key games of the weekend.

A pair of Pennsylvania matches highlight next week’s slate for the volleyball team. The Raiders will visit Lehigh on Friday, October 11 before traveling to Lafayette on Saturday, October 12 to conclude the weekend.

The women’s soccer team dropped a 2-1 overtime contest to the Lafayette Leopards on October 5 at Beyer-Small Field. First-year forward Sara Oswald gave Lafayette the 1-0 lead in the 21’ and the lead held up until the second half.

Sophomore midfielder Hannah Pinkus knotted the game at 1-1 in the 58’ and the score would remain tied until just over two minutes into the overtime period.

Junior forward Krista Kissell scored her fourth goal of the year to earn the win for the Leopards.  Despite outshooting its opponent, the Raiders fall to 0-2 in

Patriot League play and will look to rebound next Saturday, October 12, against the Bucknell Bison on Youth Soccer Day in Hamilton.

The men’s soccer team fell to the Boston University Terriers 2-1 in overtime on October 5 and moved to a 1-2-1 Patriot League record on the season.

Despite outshooting its opponent 12 to 11, the Raiders were unable to survive the overtime header heroics of BU’s Satchel Cortet off a free kick by Jorge Lopez Lacu. Junior Matt

McDonnell opened the scoresheet for the Terriers in the seventh minute and was assisted by Kari Petursson. A quiet first half gave way, and the next ball in the back of the net came from Colgate sophomore forward Edward Bass’s leveler in the 73’ off senior midfielder Kentaro Morrison’s cross.

Next up, the Raiders will visit Lafayette for another Patriot League game on Saturday, October 12.

Colgate Raiders football dropped its first Patriot League game to the Lehigh Mountain Hawks 21-14. Junior quarterback Grant Breneman returned to action and tossed for 204 yards on 19 completions, but was unable to find the end zone.

Junior running back Malik Twyman rushed for 47 yards on ten carries and scored once to put the Raiders up 14-7, but Lehigh answered before the end of the half to knot things up at 14-14.

After a quiet second half, things picked up by the fourth quarter. On their penultimate drive of the game, after forcing a turnover on downs, Colgate had the chance to march down the field and take its first win of the season.

With under two minutes, Breneman and the Raiders had the ball at their own 23-yard line. Two plays after a 21-yard completion to sophomore wide receiver Garrett Oakey, Breneman was sacked and stripped by Lehigh and possession was taken over inside the Raiders’ 40-yard line.

As the clock wound down, the Mountain Hawks worked their way down the field and first-year Zaythan Hill’s rushing touchdown with 33 seconds to go iced the game.

Colgate will take another shot at winning its first game of the year when it hosts the Bucknell Bison on October 12.

The field hockey team lost to the Holy Cross Crusaders 2-0 at Hart Turf Field in Worcester, Massachusetts on October 5. Colgate was able to put four shots on net, but failed to get one by Crusaders senior goalie Marcia LaPlante. Junior forward Olivia Venezia and first-year midfielder Sinead Walsh scored for the Crusaders.

With the loss, the Raiders fall to 2-10 on the season. Next up, the Raiders will look for their first Patriot League win against Boston University at Tyler’s Field on October 11.

Women and Men’s Swimming and Diving

The Colgate men’s swimming and diving team fell 225-61 on Saturday, October 5 at Lineberry Natatorium to the University of Massachusetts Minutemen. Sophomore Noah Zeigler and first-year Zach Duthie had top-three finishes, but there was not much else going for the Raiders on the day.

The women’s swimming and diving team also fell to the Minutemen on October 5. Dropping the contest 221-84, the Raiders’ trio of junior Madison Sullivan, senior Lauren deTorres and first-year Lucy Bischof salvaged the sole event win in the 200 Yard Free relay.

The Raiders will host the Justin Jennings Memorial Invitational this upcoming weekend.

Both the men’s and women’s cross country teams were at Lehigh University on Saturday, October 5 competing in the Paul Short Run.

Senior Ryan Curran placed 141st and broke his personal best on the 8k, finishing in 25:58.1. Seniors Luke Myers and Lucas Culley were the next best finishers for the Raiders on the weekend. The Raiders men finished 41st.

The next race for both of the Raiders cross country teams is the Albany Invite on October 18 in the state’s capital.