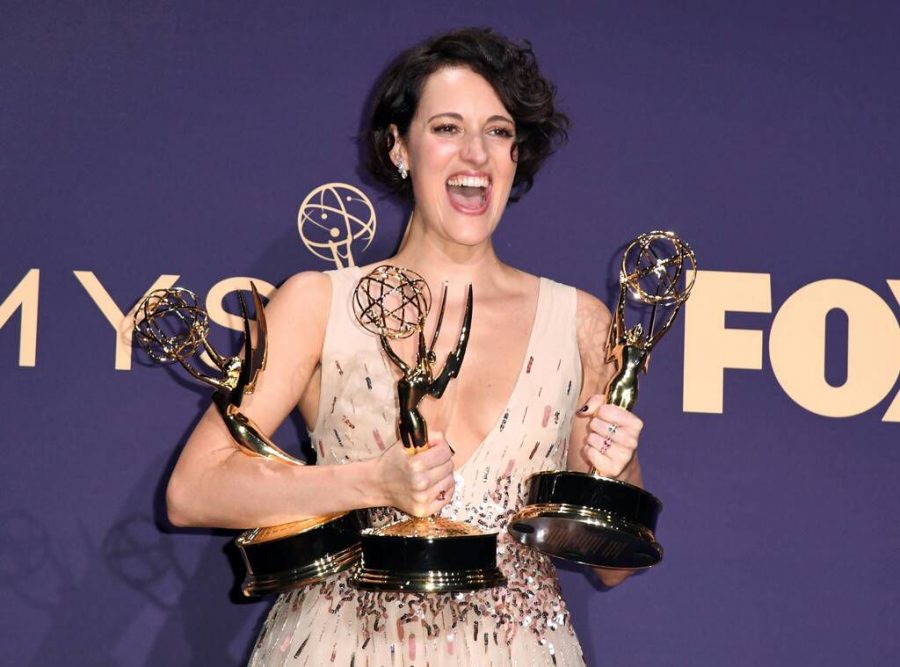 Should have won: Succession

How you write an incredible TV show without a single likable character is beyond me yet the team behind Succession has managed to pull it off. The end of Game of Thrones was long past due and should have wrapped up a couple of years ago. The fact that it won is slightly mind-boggling but its finale does end an era of television.

Should have won: Fleabag

I’m going to say that this one wasn’t much of a contest. Fleabag is a hilarious work of art that never feels like it’s trying too hard to be funny and manages to poke fun at the absurd little nuances of life. Serious enough to not feel like a sounding board for lead actress and writer Phoebe Waller-Bridge’s jokes, Fleabag could very well be a show that remains in the collective conscious for decades to come.

I’m not terribly upset about this one but at this point its been basically a decade of Odenkirk playing corrupt lawyer Saul Goodman. He was criminally ignored during Breaking Bad not receiving a single nomination during the shows run. He’s had better luck with the show’s prequel getting nominated four times but having won none. Porter was Odenkirk equal this year on screen and was definitely deserving of the Emmy, but how long can we go on ignoring Odenkirk? It’s been over two and a half decades since his last Emmy win.

I’m going to be clear that I don’t think Killing Eve is as great a show as many make it out to be but god damn, Jodie Comer deserved this one. Her opposing lead Sandra Oh could have gotten it as well but Comer was a worthy pick for her role as assassin Villanelle who attempts to hold onto the life her job affords her while Oh’s “Eve” attempts to hunt her down.

Should have won: No one. This shouldn’t be an award.

The fact that this is a category is absolutely ridiculous. Their is zero originality in coming up with a competition series. RuPaul’s Drag Race is basically just a drag version of every other model show. American Ninja Warrior is just Wipeout with actual athletes and The Voice is a blind version of American Idol. These shows aren’t meant to be good, they’re simply just meant to entertaining and any attempt to figure out which one is better than the others is absolutely absurd.

Should have won: Bandersnatch

A choose-your-own-adventure for the digital age, Bandersnatch wasn’t exactly groundbreaking, but I spent a solid three hours playing with it the day it came out and would revisit it next time I have three hours to waste (unfortunately not an often occurrence as a college student). Bandersnatch is an immersive experience that delves into issues of family and mental illness while never feeling preachy.

Should have won: Chernobyl

Every year this is the least competitive category with one show always standing far above the others (People v. OJ in 2016, Big Little Lies in 2017 and Gianni Versace in 2018). It was no different this year as Chernobyl was the clear runaway winner. Taking a complex event and managing to make it manageable for the general public was an impressive feat and due to the lack of shows that qualify for this award, the competition isn’t that fierce. We likely already have the 2020 winner in Netlfix’s Unbelievable (Will Kaitlyn Dever ever be nominated for a major award? Probably not with her luck).

Should have won: Maisie Williams, Game of Thrones

Julia Garner was incredible in Ozark but come on, it’s Maisie Williams. It is an absolute travesty that Williams ends her run on Game of Thrones without a single major award to her name and with a zero for two mark at the Emmy’s. Williams may be done on the TV circuit as she is now enough of a household name to land major film roles so her time for an Emmy may have passed.

Should have won: Peter Dinklage, Game of Thrones

This category was incredibly competitive but I can’t really be mad at the selection of Dinklage. Giancarlo Esposito was the best secondary option but there was a ton of talent this year leaving this category up in the air. For his part, Dinklage, as Tyrion Lannister, appeared in more episodes of Game of Thrones than any other cast member, and should have won an Emmy just for warning audiences for what they had in store for season eight.

Won: The Simpsons “Mad About the Toy”

Should have won: Bojack Horseman “Bojack the Feminist”

A lot went wrong here. First off, as much of a technical masterpiece as “Free Churro” is, I do not think it deserved the nomination. The episode of Bojack that should have been nominated was, “Bojack the Feminist”. Out of the episodes that were nominated, “Mad About the Toy” was probably the worst. It was depressing and boring. Along with multiple episodes of Bojack, Big Mouth’s “The Planned Parenthood Show” and Adventure Time’s “Come Along With Me” which were both considered, were much more deserving of this award. A travesty.