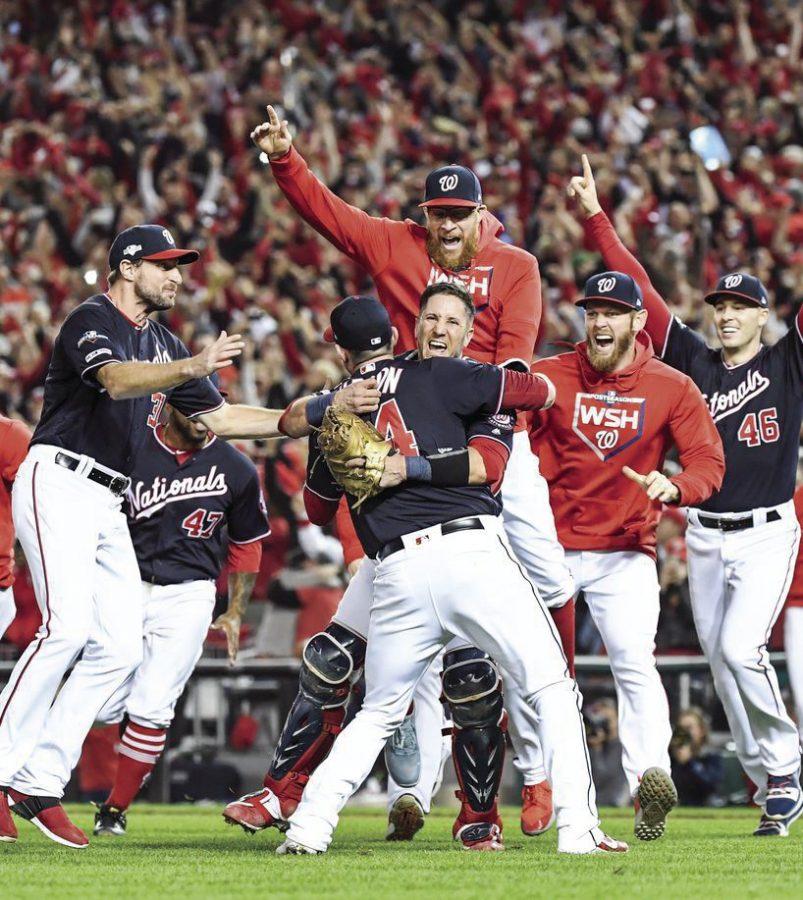 The 2019 Fall Classic will see the Washington Nationals take on the Houston Astros in a best of seven series beginning on Tuesday, October 22.

The underdog Nationals are competing in their first World Series since the franchise’s establishment in 1969 as the Montreal Expos.

Washington started out the season poorly, going 19-31, but fought their way into the National League Wild Card Game with a strong second-half performance.

The Milwaukee Brewers nearly ended the Nationals’ season in that Wild Card game, but a clutch base hit by outfielder Juan Soto and a costly error by Brewers’ rookie outfielder Trent Grisham overturned a 1-3 deficit for the Nats in the eighth inning.

The Nationals’ next test was against the NL Pennant-favorites Los Angeles Dodgers in the National League Division Series (NLDS), a series which entailed another elimination game comeback culminating in a  grand slam by second baseman Howie Kendrick to seal the upset.

The Nationals then rode dominant starting pitching performances to a sweep of the NL Central Champion St. Louis Cardinals, booking their ticket to the World Series.

While the Nationals had to fight against the odds to make it this far, the Astros came into this season as one of the favorites for the World Series and have rarely wavered in chasing that goal, winning 107 games to secure the best record in the majors.

However, Houston’s playoff run has not been as easy as manager A.J. Hinch would have hoped. Despite having taken a 2-0 lead in the American League Division Series (ALDS) against the Wild Card winner Tampa Bay Rays, the Astros had to defeat the pesky AL East side in a winner-take-all Game 5.

Their toughest task thus far came in the ALCS, in which they had to face a hungry New York Yankees side.

The Astros were absolutely clutch, though, winning both Game 2 and the series-clinching Game 6 via walk-off home runs by shortstop Carlos Correa and 2017 MVP second baseman José Altuve respectively.

Altuve has been the star of the Astros’ playoff run this year, with 5 HRs and a 1.184 OPS in the postseason. AL MVP candidate third baseman Alex Bregman has also had a solid postseason, but his slugging numbers have dipped from his incredible regular season.

Third baseman Anthony Rendon was the best hitter for the Nationals in the regular season, and he has only gotten better in October, posting a 1.059 OPS in the postseason thus far. Soto, who will celebrate turning 21 on Friday, has turned up with many clutch hits this year.

However, Soto is very much an outlier when it comes to age in this Nationals squad, which is the oldest in the majors with an average age of 31.1 years old.

Veterans like Ryan Zimmerman (35) and Kendrick (36) have been instrumental in the Nationals surprise run this far.

Both the Astros and the Nationals rely on elite veteran starting pitchers, and have two of the best rotations in the major leagues.

The Astros pitching staff is anchored by 8x All-Star and future Hall-of-Famer Justin Verlander (2.58 ERA), 3x All-Star Gerrit Cole (2.50 ERA) and mid-season acquisition and 6x All-Star Zack Greinke (3.02 ERA since joining from Arizona), while the Nationals boast a starting quartet that has been nearly untouchable in the playoffs.

Nationals rotation may not have the stats to match the Astros in the regular season, but in the playoffs they have been nothing short of spectacular.

In the NLCS, Sánchez, Scherzer and Strasburg did not allow a single earned run in their starts, all of which lasted at least seven innings.

Interestingly enough, Scherzer, Sánchez and Verlander were all members of the 2012 Detroit Tigers rotation when that side won the AL Pennant before getting swept by the San Francisco Giants in the World Series.

The Astros come into the series as strong favorites, and have been given a 60 percent chance to win it all by FiveThirtyEight and a 72 percent chance by the baseball statistics website FanGraphs.

While their pitching staffs are relatively even, the Astros’ batters have been more productive this season, and I predict that will give them the edge in this series.

Considering that edge and the Astros’ home field advantage for having the superior record, I predict that the Astros will win their second World Series in three years.