In The Light – Harry Jacobs 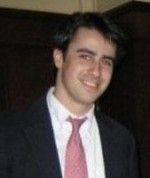 Like many Colgate students, senior Harry Jacobs’ days are filled with extracurricular responsibilities on top of the demanding academic curriculum. Jacobs spends his time volunteering with the Hamilton Fire Department, serving as President of Phi Kappa Tau (Phi Tau) and is a member of the senior honor society Konosioni. The native of Swarthmore, Pennsylvania is an active member of all of these groups, but he devotes most of his energy to his fraternity.

“It takes up a good amount of time,” Jacobs acknowledged, referring specifically to such duties as working with the Colgate administration, ensuring that the fraternity is in good standing both on campus and nationally, keeping up on all of their philanthropic endeavors and making sure that all of the brothers meet Colgate’s Greek academic requirements. Though the presidency is a lot of work, it is something that Jacobs has been working toward throughout his career at Phi Tau. He previously served as Treasurer and last year served as the Community Coordinator.

After May’s graduation ceremony, Jacobs, an economics major and Middle East studies minor, is bound for Tel Aviv, Israel. There he will work in the same venture capital firm which he interned at this summer and will continue his work exploring different forms of environmentally friendly technology. Though settling halfway around the world might be intimidating to some, Jacobs is embracing the opportunity.

And Israel is not quite an unknown land for Jacobs. In addition to last summer’s internship, he has visited Israel several times. He also spent the summer of 2007 studying at Tel Aviv University with a study abroad program.

“My experiences there were what made me want to go back and pursue the internship and work there,” Jacobs explained.

As exciting a future as is in store for him, Jacobs still acknowledges that he is “pretty sad about leaving Colgate.” His interest in the school was first piqued when his older sister, who graduated last year, enrolled. And though his sister’s experience may have been Jacobs’ first taste of Colgate, it was the community and people on campus that decided that he would be a Colgate student and that have made his time here all that he could have hoped for.

“I love the people here,” Jacobs said. “They have made the experience what it is.”