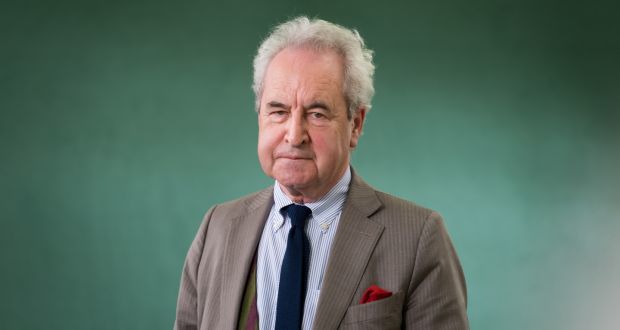 Author John Banville visited Colgate University on Thursday, September 12 in the second edition of this semester’s Living Writers series. The Irish author read from and discussed his 2005 Booker Award-winning novel The Sea to an audience of faculty and students in Love Auditorium.

The novel, from which Banville read three excerpts, tells a story of immense grief and loss from the perspective of a man named Max Morden. Jumping between three different periods of his life, the novel explores the narrator’s attempts to reconcile the deaths of different people close to him.

“It was unique because the narrator was very unclear and confused with himself,” said sophomore Jess Rosen, a student in the Living Writers class, “and the author, I feel like, was the perfect fit for an old wise Irish man that grew up by the sea.”

When asked by a member of the audience whether his writing has been influenced by his own life, Banville emphasized the impact that his experiences have had on his work.

“Writers—we’re cannibals. We consume the people around us,” Banville said.

Banville discussed his own wife’s cancer diagnosis and how it influenced the grief he explores in The Sea. Additionally, Living Writers professor Jennifer Brice alluded to the comparisons that can be drawn between the novel’s setting and the place where the author vacationed as a child.

Banville also discussed the experience of winning the Booker Prize for The Sea in 2005, a yearly award given to a fiction novel written in the United Kingdom. He was “absolutely astonished” upon receiving the news that he’d won, and though he was incredibly honored by the prestigious award, Banville highlighted the danger of putting too much weight on a prize as an author.

“One would be very foolish indeed to be influenced by a prize,” Banville said. “They give you a little money, a little fame, and then it’s gone, and you’re back facing the blank page.”

Banville’s attitude of humility was evident throughout his talk, highlighted by self-deprecating humor and several comments alluding to a particularly humble reaction to the fame brought on by his success.

“I’ve learned nothing about my life. I’m probably stupider than I was at age twelve, but I keep writing,” Banville said.

Banville also offered the idea that mistakes have been an important part of his writing and development as an author.

“I used to think age brings wisdom, but it brings confusion. Confusion is a great state to write from,” Banville said.

Banville’s writing has been widely praised and compared to authors such as Marcel Proust and Vladimir Nabokov, as mentioned by Professor Brice in her introduction.

“You have to bear the weight of tradition,” Banville said. “But of course I do feel them glaring down at me,” he said, regarding those he referred to as “the greats.

When discussing what excites and inspires him as a writer, Banville spoke of the difficulty in fighting against the tendency to follow other authors before him.

“You have to find your voice,” he said.

Next to visit Colgate for the Living Writers is Dan Slater ‘00, Colgate University alum and author of Wolf Boys. He will be on campus to read in Love Auditorium at 4:30 pm on Thursday, September 26.