Beyond the Axis of Evil:Former Colgate Professor Discusses Iran 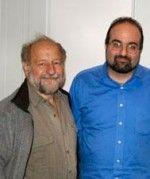 An enthusiastic Colgate audience heard a lecture by a returning professor about a side of Iran rarely described in the news: a vibrant, reformist community hidden behind a repressive regime. Professor of Religious Studies at the University of North Carolina at Chapel Hill Omid Safi, a former religion and philosophy professor at Colgate, gave a lecture Thursday night on the different faces of Islam that left a strong impression on all of the professors and students in 105 Lawrence.

Junior Kelly Boyle described Safi as speaking with “truth and clarity” and appreciated him giving a “humanistic quality to the struggle within Iran.” Safi produced Colgate with a new image of Iran-a pluralistic country that is misunderstood and underappreciated by the Western world. Beyond current President Mahmoud Ahmadinejad and Iran’s nuclear capabilities there is the Iran that President Jimmy Carter once described as an “island of stability in the Middle East.”

Safi described the progressive and intellectual Iran that wants a “dialogue of civilizations” and urges public discourse and discussion among the Islamic and Western worlds. The same Iran that Bush included in the “Axis of Evil” is home to popular scholars who promote equality among the sexes and an open interpretation of the Qur’an.

Safi spoke specifically about Mohammad Mojtahed Shabestari, one of many Muslim religious scholars with reformist ideas. He continued that Shabestari wears a turban “not because he is cold or bald, even though he is bald,” but because it means he reached a certain level of scholarly training. According to Safi, the Western world tends to think that secularism is the only solution to the world’s problems, while people like Shabestari prove that it is possible to be scholarly, religious and reformist.

Safi also talked about Shirin Ebadi, an Iranian woman who won the Nobel Peace Prize in 2003. Ebadi has been fighting for democracy in Iran for thirty years and believes that it is the obligation of Iranians to transform their own society. Safi interviewed Ebadi when she visited North Carolina, and recalls her saying that the progress and failures are Iran’s alone, “a foreign country cannot shed Iran’s blood, and if they [the United States] marches in Iran, I will be the first to fight.”

Safi, and the Iranians that he has interviewed, are aware that the current Iranian regime is brutal. Reformists have been jailed, put in solitary confinement and beaten, but it is “their struggle” and they are all opposed to the United States going into Iran.

Iran only became an enemy to the United States when President Bush included them in the “Axis of Evil” in his State of the Union Address in 2003. Iran was deeply insulted and Bush’s verbal attack on Iran “marks the downturn of the reform movement in Iran.” Safi emphasized that the United States needs to learn from President Bush’s mistake and no political spokesperson should be permitted to speak in the “we” concerning the Middle East.