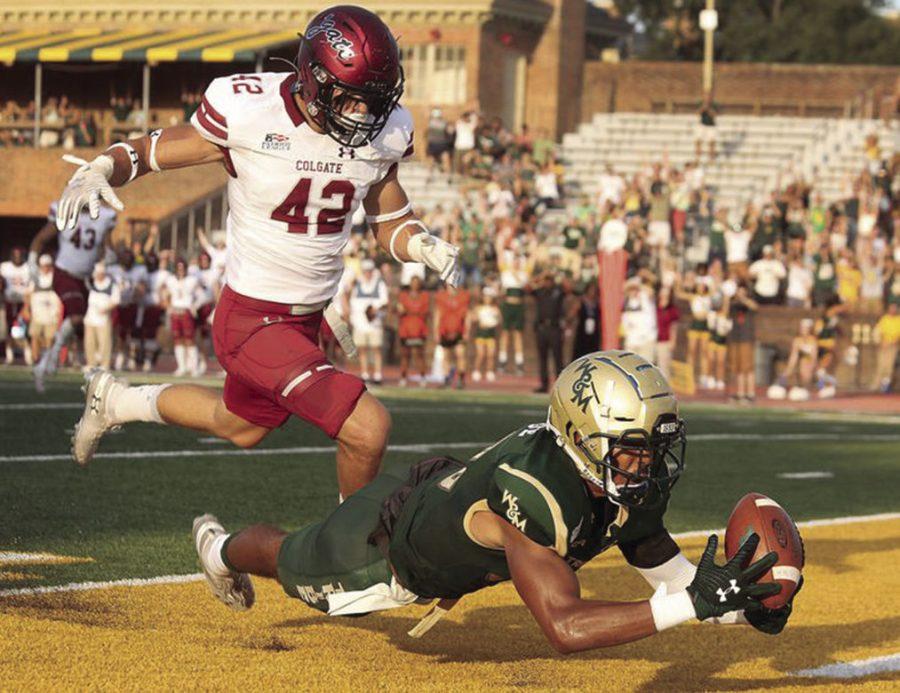 The Colgate Raiders took the field against the William & Mary Tribe in Williamsburg, VA on September 14. Before their face off against the Tribe, the Raiders dropped their previous two games in Colorado Springs, CO against Villanova and FBS opponent Air Force.

Junior Jake Froschauer subbed in to take the field for the second time this season after quarterback junior Grant Breneman was injured.

“Jake was put into a tough situation and he competed hard. We were trying to work throughout to find what he was comfortable with, in addition to what William & Mary was doing to him, so he could stay comfortable. It was a bit of a hectic situation but we had basically the whole game to do it,” head football coach Dan Hunt said.

The Tribe got a hot start as they scored two touchdowns in the first quarter; the first of which was scored during William & Mary’s first three drives while the second was intercepted by senior Abu Daramy-Swaray in the endzone, but was ultimately ruled as a dual reception and the touchdown was counted.

Colgate was able to respond with tailback Malik Twyman’s first touchdown of the season at the very end of the second quarter. The Colgate Raiders ended the first half trailing 17-7.

Colgate continued its scoring run in the second half as they fought for 64 yards in 15 plays to set up kickre senior Chris Puzzi for a 21-yard field goal. Colgate inched the score closer to become 17-10. Soon after, William & Mary fired back with a touchdown from a kickoff return by the Tribe’s safety Bronson Yoder. William & Mary advanced the score to 24-10. The fourth quarter went unanswered by Colgate as the Tribe scored two more touchdowns to end the game at 38-10.

Although the Raiders did not come out on top, there were many highlights throughout the game by several different players, including sophomore Colin Heard’s first career interception along with a leading number of 10 tackles for the team. Defensive Lineman Nick Wheeler gained his second sack of the season along with fellow seniors Nick Ioanilli and Aidan Gaertner picking up six tackles each.

The Raiders will go head to head with Maine’s Black Bears at noon this Saturday, September 21, for a Family Weekend game at Andy Kerr Stadium.