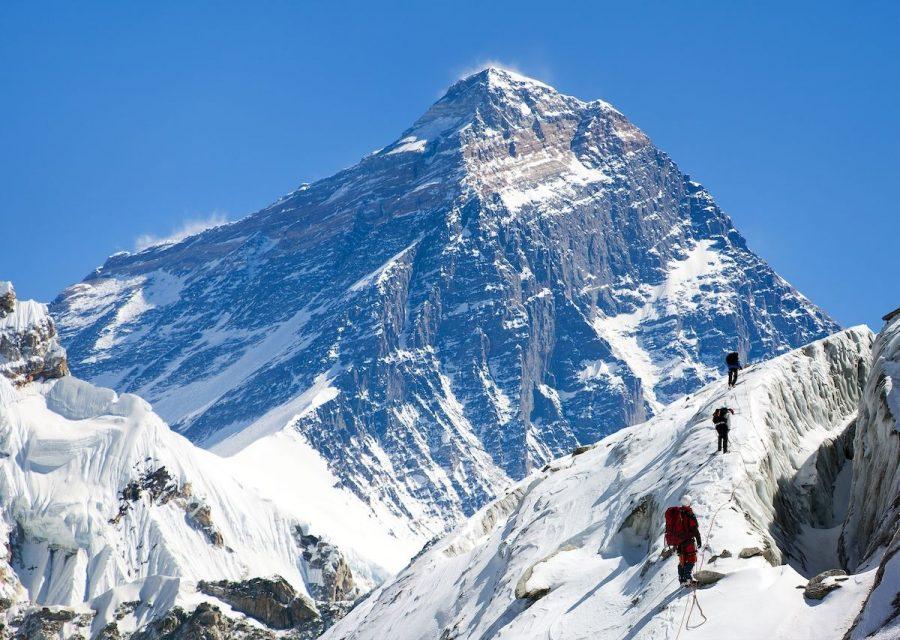 English to take on Everest

Colgate University’s English Department announced the Mount Everest extended study program on Wednesday,  September 18. The program is offered for the spring of 2020, led by Colgate’s Associate Professor of English Jennifer Brice along with Professor Tom D. Brutsaert of Syracuse University.

Brutsaert is a biological anthropologist who specializes in high altitude adaptation in human bodies. Brutsaert plans to take a team of 12 to 15 students with him on this trip to provide them with the opportunity to bring what they learn in academia at Colgate to the field.

In addition to Colgate, the trip will  include students from Mount Royal University in Calgary, three to four guest experts in the human environmental physiology field, as well as a Sherpa team to lead everyone involved on their ascent.

Colgate’s group will be focused on bringing the experience into written word. Professor Brice will be leading the Colgate students on this study. Brice was raised in Fairbanks, Alaska.

“I’ve always been interested in nature and the sublime,” Brice said.

Brice understands the risk and responsibility of bringing students to Everest. Over the years, the mountain has become not only the pinnacle of the mysticism of the natural sublime, but a central topic of controversy, as well. In 2018,  a total of 11 people died on Everest during the climbing season.

“The scary thing is, these aren’t even climbing-related deaths, these are deaths coming from people waiting in line to summit the mountain and running out of oxygen,” Brice said.

Professor Brice is aware that by bringing student groups to Mount Everest, the program is responsible in its own way to adding to the Everest problem. Some of the questions Brice posed to students who showed up for the information session on September 23  was, “What is the difference between exploration and exploitation?” and “Is it even possible to have ethical tourism in the 21st century?”

Brice plans to prepare students for taking on these questions by making the prerequisite to the trip one of two course options, “Nonfiction Prose” (ENGL 347) or“Literary Journalism” (ENGL 379).

Junior Annie Knowles is an English major and took Professor Brice’s Living Writers series in the fall of 2018.

“Having Professor Brice for Living Writers makes this opportunity even more exciting,” Knowles said. “She is so knowledgeable about the writing process as she is an author herself. There is so much to learn from her.”

Students who are accepted into the group will have to make an appointment with Colgate’s health facilities to go over any medical concerns, in addition to getting the required dose of Diamox to take along with them on the trip as a preventive measure of altitude sickness.

Students selected for this trip will also need to commit to being in shape for the difficult  trek. Round trip, the expedition will amount to seventy-eight miles, not including the added elevation. The trip will start at Lukla (2840m), the jump off point for most Everest expeditions, with the final destination being Gorak Shep (5160m). The group will spend a day trekking up to Everest Base Camp (5360m) but will only spend the day there before returning back to Gorak Shep for the night.

The selected students will follow the path that the majority of Everest expeditions choose. While the group itself is not summiting Everest, there is still plenty to weigh as they undertake a journey to understand and experience the sublime, while coming to terms with all of the controversy that surrounds a trip of such magnitude.

First-year Becca Weeks is discovering Colgate travel opportunities for the first time and shared she is considering applying for the program.

“I think it would be one of the most memorable experiences throughout my time at Colgate,” Weeks said.  “It is such a unique place. Who wouldn’t want to go to Mount Everest?”