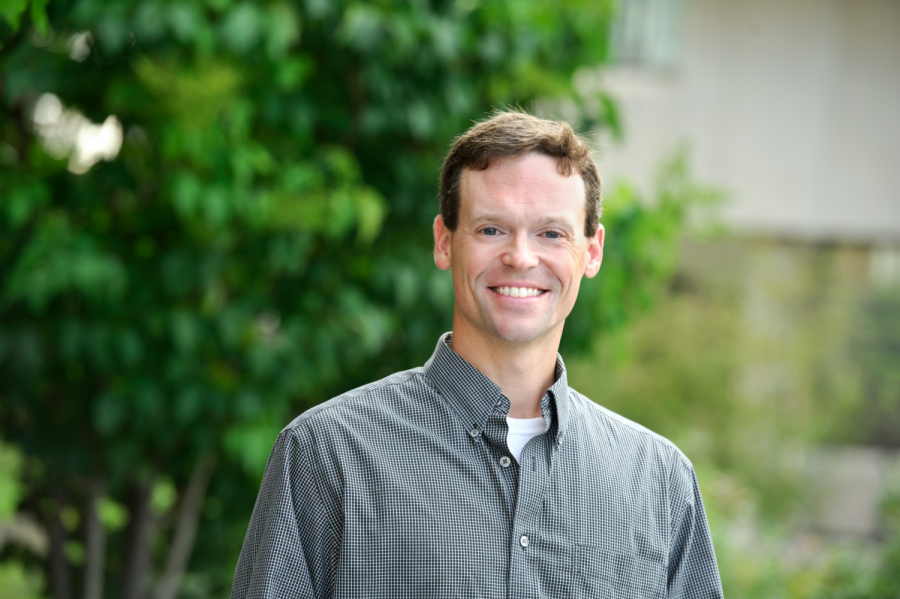 Born and raised on his family’s farm in Earlville, NY, Paris Wilcox had no idea that when he signed up for ballet classes at age six he would be launched down a path that would bring him to his professional dancing career.

“I was milking cows at eight and driving a tractor by myself at ten,” Wilcox said.

By the age of thirteen, he was brought by his mother to audition for the New York City Ballet. Wilcox became one of the sixty accepted students out of the five hundred who auditioned.

“I went from milking cows on a Sunday morning to taking classes with School of American Ballet,” Wilcox said.

He went on to get his undergraduate degree from Hamilton College, double majoring in classical literature and dance. After graduating, he floated between dance companies across the U.S. before settling in at the Kansas City Ballet for the next eleven years.

“So many amazing things happened in my career. I got to do roles I never thought I’d do. The classics you know, Sleeping Beauty, Giselle, on and on and on,” Wilcox said.

Wilcox now lives back in Earlville on his family’s farm. He has since developed a flock of border chevy sheep and a herd of forty belted galloway cattle. He runs the farm with his wife and two twin daughters Eliza-Jane and Ellen.

Even though he retired from dancing in 2008, Wilcox has been teaching dance at Hamilton College for the past nine years, and teaching ballet classes at Colgate for ten holding firm to the belief that dancers never really retire.