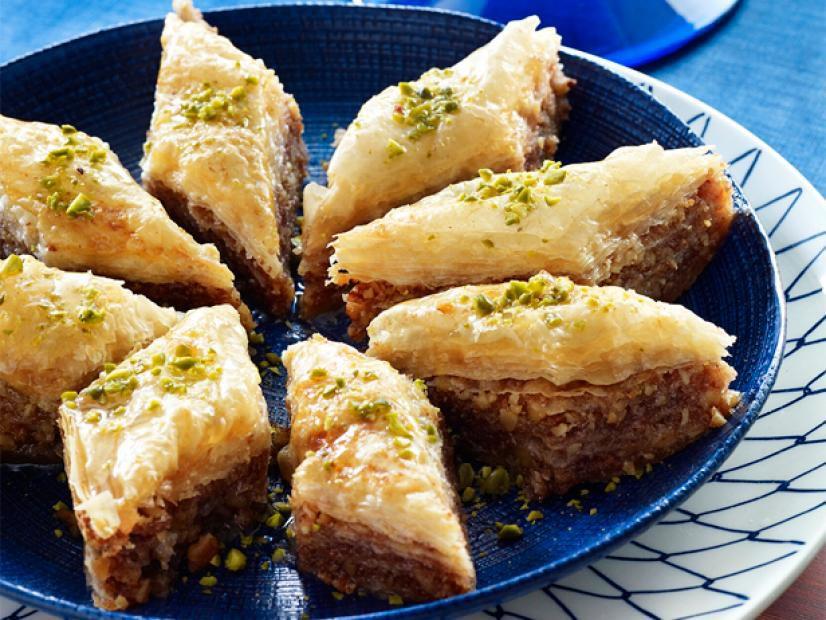 It’s Saturday morning, and you’ve just amassed an inordinate amount of raw honey from Hamilton’s farmers’ market. When was the last time you used honey? You don’t even eat honey. If you’re anything like me, these are the kinds of questions that fill your weekend with a piercing existential dread.

And if you’re really anything like me, you’ve binge-watched all of The Great British Baking Show at some point in your life. In the vague memories you have of all the countless episodes, the answer to your honey troubles becomes clear— baklava.

To anyone who hasn’t tried baklava, it’s a layered pastry of flaky phyllo dough, butter, cinnamon and nuts, all dredged in a honey syrup.

To make your life easier, I highly recommend baking this with a group of friends (a few glasses of wine won’t hurt either). Because phyllo can dry out in a matter of seconds, time will always be against you. Assembly is best done with multiple sets hands to handle the dough, butter and nuts discretely.

I also recommend buying pre-made phyllo dough, unless you hate yourself and have hours to stretch paper-thin pastry across your table. You’ll be thanking yourself for using the store-bought kind when the fragrance hits you as it cooks in the oven.

Baklava is traditionally enjoyed eight hours after it’s been baked to ensure crisp layers. But let’s be real. We ate half of it right when it came out of the oven, the honey syrup still warm and oozing.

This is definitely a pastry that will leave your hands sticky. Embrace the mess and revel in the fact that you finally know what you’re going to do with the rest of your honey.

zest in a medium sauce pot.

2. Heat the pot on medium-high heat until boiling. 3. Boil for ten minutes or until thick enough to coat

the back of a spoon.

a bowl. Set aside.

3. Cover the bottom and sides of a high-rimmed,

9×13 inch baking pan with a thin layer of butter.

4. Place one phyllo sheet in the pan.

5. Spread a thin layer of butter over the phyllo sheet.

7. Sprinkle 1/3 of the walnut mixture over the sheets.

until golden and crisp on the top and sides.

11. Pour the honey mixture over the top and sides,

making sure it coats evenly.