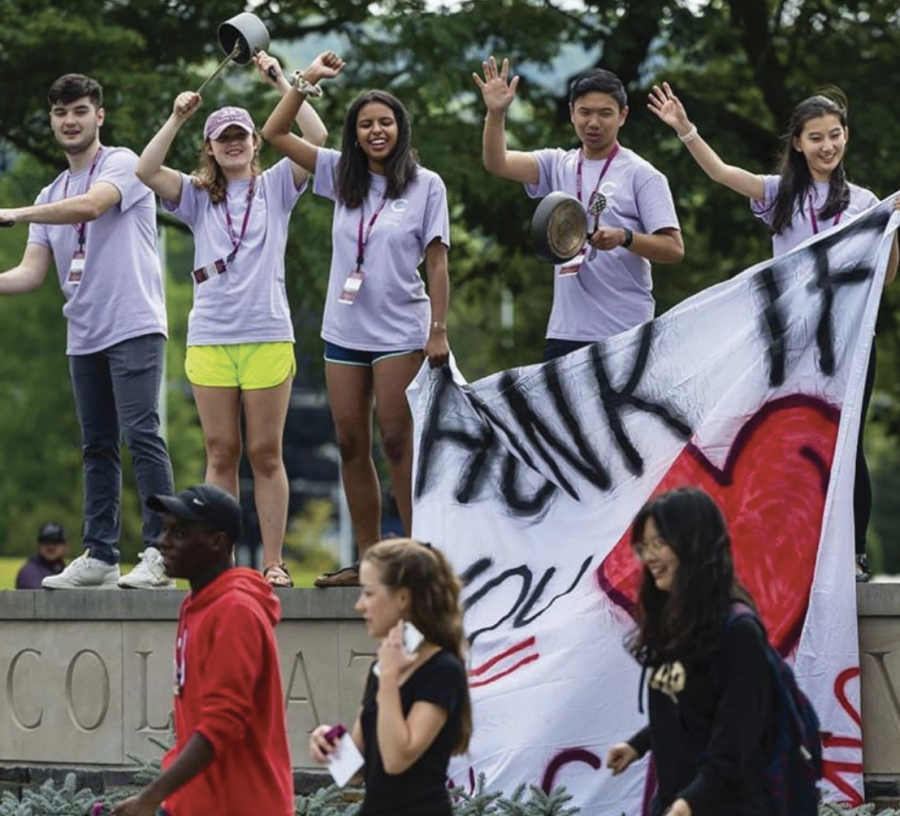 Colgate welcomed the class of 2023 to campus August 25 with three days of first-year orientation events, immediately following move-in day festivities. The incoming class includes 790 students from an applicant pool of nearly 10,000, significantly increased since last year according to the Office of Admission.

22 percent of first-year students identify as domestic students of color and 10% of the class is international, representing 27 countries. Dual citizens represent an additional 18 percent.

Orientation Coordinators, Community Leaders, Residential Life, Link Staff, The Dean’s Office and many more worked to welcome the class of 2023 to campus. The incoming class navigated orientation with First-Year Seminar groups, led by members of Link Staff. They engaged in three days of activities and workshops, including a carnival, escape rooms, advising sessions and departmental open houses.

Each year, orientation developers choose a theme that they hope Colgate’s student leaders, faculty and staff will instill on campus. This year featured assimilation, aiming to highlight what might be taken away or gained when transitioning into a new place. Two activities in particular emphasized this year’s theme of assimilation: Reckoning & Embracing Our Common Humanity and Colgate Conversations.

Orientation Staff and Faculty welcomed Third Settlements, a group that leads interactive workshops to talk about identity and inclusion across the country, to campus to guide Reckoning & Embracing our Common Humanity. All first-year students participated in a guided conversation on Monday, August 26 in the Colgate Memorial Chapel. They discussed building a community within their class, despite individual differences. Pictures representing our modern society, interactive technology and student volunteers created an interactive conversation.

Link Staff member and junior Nikhil Rajavasireddy believes the orientation could be improved upon.

First-year Angelina Foglia said she enjoyed Colgate Conversations activity because she had a particularly good group of students.

“I think was a little too long and the questions began to feel redundant, but overall it was a good  experience and a good way to see first hand the diversity that is such a fundamental part to Colgate.”