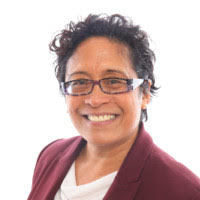 Hanna Rodriguez-Farrar, President Brian Casey’s Chief of Staff and Secretary to the Board of Trustees, is one of Colgate’s big players though much of her work goes on behind the scenes. And as her track record suggests, she will continue to influence the school as it plunges into its third century.

After completing her doctorate in higher education with an emphasis on leadership and policy at Harvard University, Rodriguez-Farrar served as the assistant to President Ruth Simmons at Brown University. Then, at Dominican University of California, Rodriguez-Farrar gained experience in a wide range of institutional roles

“They are all very different institutions and yet that is exactly why I find it all very interesting. [At Dominican] I ended up overseeing athletics, student life, institutional research… At a place like Brown and Harvard, you don’t get to do that. There’s an army of people for each piece. I got to see how the whole institution works,” Rodriguez-Farrar said.

At Dominican, Rodriguez-Farrar launched an initiative, College Debate 16, that brought approximately 150 students from various kinds of higher education institutions to California to promote student engagement in the 2016 Presidential Election Debates through social media outreach. Data analytics indicated over one million people were reached through this campaign.

At Brown University, she worked with closely students eager to move “Beyond the Bottle.” During the nine-month initiative, Rodriguez-Farrar worked with students to remove all plastic water bottles from Brown’s campus. She says she is still in touch with many of them and hopes to bring a similar mission to Colgate, moving towards a plastic-free campus.

Now with Colgate, it will be exciting to see what Rodriguez-Farrar’s next moves might be and the improvements to campus that could follow. As the campus moves into its third century, she will be by President Casey’s side in actualizing many of the lofty institutional goals included in the Third Century Plan.

Colgate is a distinct place. There are over 7,000 higher education institutions in the United States; there are around 270 private baccalaureate liberal arts colleges. This school operates in a specialized niche of higher education, and Rodriguez-Farrar recognizes the important mission that accompanies this place in academia.

[The Third Century Plan] is what brought me here more than anything. When I talked to the President and he said we were celebrating a 200th… and his pitch was we need to set up the next century… how can you say no to that?” Rodriguez-Farrar said. “There’s this great foundation and this ambition. Colgate is a really special place in higher education… Even the climate strike [last week], institutions of higher education need to lead in that space. Partially because we are doing the research on it and partially because the students who are here will be the ones who make the change and do something with that.”