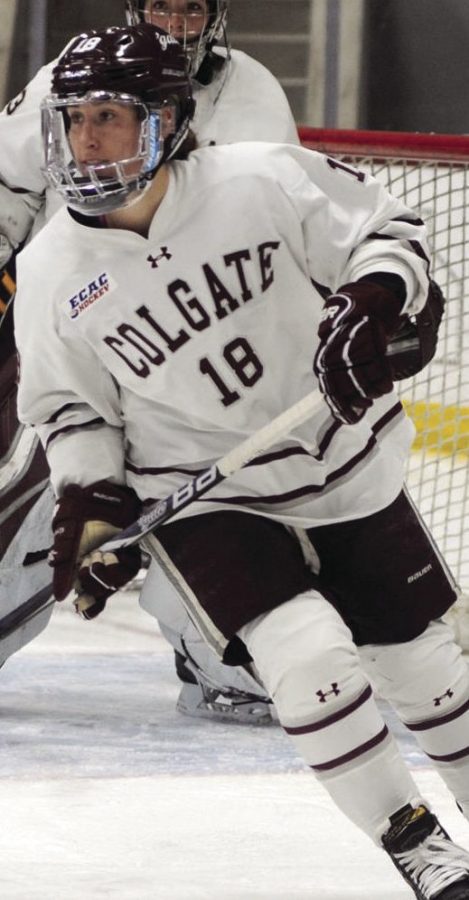 After a loss to Clarkson in the East Coast Athletic Conference (ECAC) semifinals which ended the season last year, the Colgate women’s ice hockey team is looking to bounce back for the 2019-20 season. The Raiders are excited to begin this season, adding seven first-years and one sophomore from all over North America, including players from Ontario, California, Texas, Pennsylvania and New York.

With the addition of eight new players, the Raiders will also welcome two new members to the coaching staff this season. Chelsea Walkland was named a new assistant coach this season after former assistant coach Sophie Leclerc moved on to be the head coach at her alma mater Norwich College in Vermont. Walkland is coming off of a five year stint with her alma mater Robert Morris University. The Raiders are also welcoming Chris Cobb to the coaching staff as this years volunteer coach. Cobb is set to work with the goaltenders this year. Prior to coming to Colgate, Cobb spent three seasons as an assistant coach for the Dartmouth College Big Green.

Returning to the coaching staff this year for his fourth year as an assistant coach is Stephen Decosse. Decosse played a large role in bringing in the neutralzone’s top recruiting class in women’s hockey for the 2019-2020 season.

Head coach Greg Fargo is returning for the Raiders this year. Fargo is entering his eighth season as head coach for the Raiders. Fargo was named the 2017-18 Division I National Coach of the Year after leading the Raiders to an NCAA finals for the first time in program history. The Raiders lost in the finals to Clarkson that season, but the run was memorable. Also returning to the coaching staff for his second year is Director of Hockey Operations Josh Graser.

Hockey fans on campus should be excited for the Raiders defense this year.

Sophomore defender Tanner Gates is coming off of a 22 point season last year. Gates’ 22 points placed her in second in the country in points among first-years last season. Gates was a finalist for ECAC Rookie of the Year last season.

The Raiders are looking to be an offensive powerhouse in the ECAC this year. Junior forward Malia Schneider is looking to play a large role in that goal. Schneider is coming off of a 42 point season, including three game winners and a +22 rating. Schneider is hoping to carry her success from last season into the upcoming year.

The Raiders are down to three goaltenders this season after Julia Vandyk graduated at the end of last year. Senior Liz Auby is looking to fill the role of starting goaltender this year for her final season as a Raider. In seven games last season, Auby averaged a .904 save percentage and a 2.61 goals against average. The Raiders also have junior Peri Donaldson and sophomore Alexa Dobchuk on the goaltending depth chart season.

The Raiders will head to Minneapolis for its first game of the season to take on the 2018 NCAA Frozen Four runner-up Minnesota Golden Gophers on Friday, September 27. Another intriguing out-of-conference game comes later in the season. The Raiders will host the Ohio State Buckeyes on November 22. Colgate will face off against Clarkson on November 8, the Frozen Four rematch from two years ago.

The competition starts this weekend, though. The Raiders will be home on Saturday, September 21 at the Class of 1965 Arena to play Holy Cross at 3 p.m. in an exhibition game.