The Colgate Maroon-News • May 2, 2019 • https://thecolgatemaroonnews.com/1231/commentary/whats-left-on-vp-joe-biden-running-for-president/ 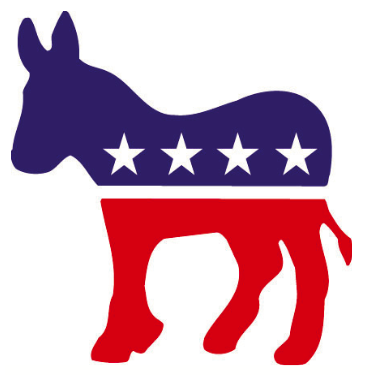 On April 25, former Vice President Joe Biden announced his official bid for the Democratic presidential nomination in the 2020 election. In a video released online, Biden began his campaign quoting the U.S. Constitution, stressing the importance of reinvigorating America’s core values as a nation of dignity and overcoming the hatred that has come about during Trump’s presidency.

While I think that a President Joe Biden would be an incredible upgrade—for lack of better words—from our current Commander-in-Chief, he is far from a candidate whom I wholeheartedly support. I can’t express enough the embarrassment I have for our country as a result of the outrageous ways Trump responds to national and worldwide crisis, and the strikingly un-American values which he represents. Biden may be worlds better than Trump, but his third presidential campaign is already marked by rhetoric that is likely to be problematic to much of the left.

Biden states proudly in his campaign video that, “[America] instills in every person in this country the belief that no matter where you start in life, there’s nothing you can’t achieve if you work at it.” The “American Dream” is an enchanting concept for some Americans but for others it’s a lie. For many that message is hard to believe in 2019.

The Democratic Party must be smart when choosing who should challenge Trump in 2020. There are a multitude of options to choose from and the final decision may be a good candidate. The question is, are they good enough to stop Trump from spending another four years in the White House? While some candidates may align more ideologically with the recent shift towards more left-leaning policies, Democratic voters must also think critically about electability in the general election. While it is unfortunate that we cannot simply vote in the primaries on solely the platforms of candidates, the most important goal going into 2020 is to get Trump out of office by nominating a Democratic candidate who will most strongly rival the President in the election.

Democratic voters like myself will be in a morally compromising position going into 2020. It is personally demoralizing to vote for someone with multiple allegations of inappropriate touching against him. I am uncomfortable with the touching allegations. After watching the former Vice President’s announcement video, I fear that he is out of touch with the lived experiences of many Americans who do not have access to the “American Dream.” While many claim Biden is the most electable, I am not sure he is the morally right person to lead the Democratic Party and the country.

Whether we like him or not, it is highly possible that Biden will be the Democrat who will take on Trump in the general election. And for that reason alone, I will vote for him and I will support him. But my vote and my support will not come without criticism for the way he has already made mass generalizations that ignore the experience of minority populations of Americans. We as Americans cannot forget that our country’s value or dignity encompasses challenging our elected officials—who are no more American than we are—to enact policy that pushes our nation to uphold the values of equality which it has long swept under the rug.