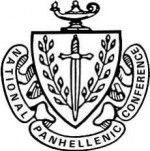 You might have heard endless honking, seen car windows confettied with Greek letters and passed by herds of women wearing the same tee-shirts on Monday and Tuesday, September 18-19. At Colgate, this could only mean one thing: Bid Day. For anyone who has gone through women’s Greek Recruitment, you know Bid Day is the day on which potential new members wait tensely and restlessly throughout the four days of Recruitment. On Bid Day, the women who have made it through the process find out what sorority they have been invited to join, whether it be Kappa Kappa Gamma, Kappa Alpha Theta, Gamma Phi Beta or Delta Delta Delta.

I’m clearly a fan of the Greek system at Colgate; as a sister of Gamma Phi Beta, I’m part of the 43 percent of the Colgate population, from sophomores to seniors, who are affiliated with Greek life. However, I see major flaws in the way the women’s Recruitment system runs. These are not flaws of Colgate but rather the National Panhellenic Conference (NPC), the umbrella organization that oversees and regulates sororities nationwide. For one thing, women’s Recruitment lasts only four days during which women attend parties that span from 20 minutes to an hour. Consequently you have an incredibly limited amount of time to show these women who you are. If you’re shy, you’re a snob but if you talk too much, you’re a windbag. And what if you’re just having an off day where every time you open your mouth, it seems you’ve wound up with your foot inside it? Although Colgate discourages any sort of “dirty rushing,” the chapters on campus generally seem to have a pretty good idea of the women they’d like to see in their new pledge class. Therefore, I have to ask the question, how necessary is Recruitment? If chapters have already compiled lists of prospective new members they’d like to see in their new member class, why bother with the parties?

On the other hand, the men’s recruitment system, run by the Interfraternity Council (IFC), has fewer guidelines and what seems to be a lot less power than NPC. The prospective new members for men generally have low-key events: Bash the Buick, BBQs and other social events. These forums seem to be a lot more comfortable for prospective new members; the men get to know the brothers of the fraternities without a certain preset time limit or an inordinate amount of pressure. They start familiarizing themselves with the frats freshman year, particularly in the springtime, to have a clearer idea of where they might accept a bid. This process seems to me a lot more normal than the tenseness and frenzy of women’s Recruitment. If more of the women’s chapters at Colgate had events like these, prospective new members would be exposed early to what each one had to offer. And we come to the other problem: keeping an open mind.

I had my heart set on Kappa Kappa Gamma when I was a sophomore. Getting cut from Kappa after the first night of Recruitment altered my plan; I considered dropping out of Recruitment altogether but I figured I’d paid twenty bucks for the registration so why not finish? I accepted a bid from Gamma Phi at the end of the week and, overall, it’s a decision that I’m very happy with. A flaw in the Recruitment system is that, like myself two years ago, prospective new members enter the year with their heads full of stereotypes and hearsay about each of the four chapters. Thus, before Recruitment has even started, they’ve limited themselves to only considering one or two of the four. Each one of the four chapters at Colgate are incredible organizations and as such deserve the chance to showcase what they’re all about. It’s a hard nut to crack, but I think it would be beneficial for prospective new members to make an effort to familiarize themselves with each sorority in order to make more informed decisions.

In the end, going Greek is going Greek, whether you’re a Kappa, Theta, Gamma Phi or Tri Delta. Although enacting changes like the above suggestions to the NPC’s guidelines for Recruitment would be an arduous and tedious process, I think in the end it would benefit sorority life at Colgate and elsewhere.