“Us” Showcases Peele’s Talent As A Director 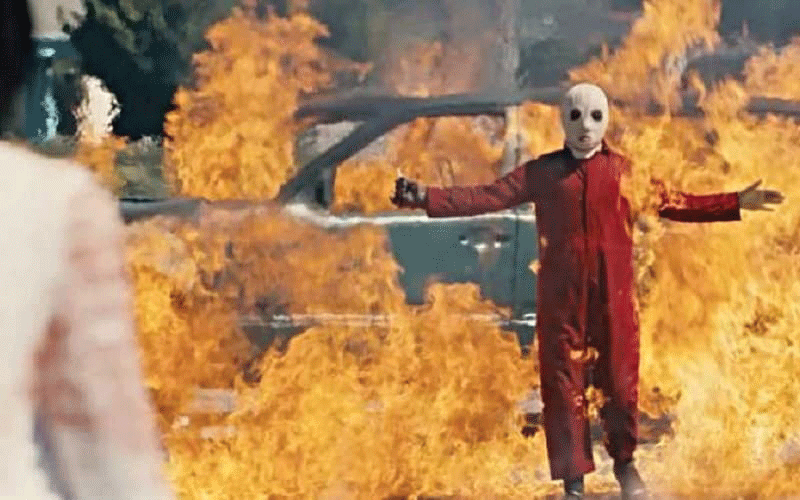 2019 film “Us” blends the film genres of horror and comedy, while also offering social commentary on the human experience.

It’s been a while since I’ve seen a horror movie. Newer movies in the genre often don’t inspire me—I haven’t yet seen the divisive “Mother” or affable “Birdbox”, or even the acclaimed “Quiet Place” or “Hereditary”—but in 2017, I did watch “Get Out,” and holy smokes was it worth it. Peele’s sharp writing and excellent directing gave me hope for the horror movie genre’s return to form. The film spoke of something real and 2019’s “Us” feels like the next logical step, more terrifying than Peele’s prior effort, and more enigmatic.

“Us” begins with a simple premise: what if there was another version of you out there? Starring Lupita Nyong’o, Winston Duke, Shaharia Wilson Joseph and Evan Wilson, “Us” is about a family who, while on vacation in their old Santa Cruz summer home, encounters doppelgängers of themselves who are out to get them.

Peele knows when and where to punch at the right times. Where other movies would have jumped the gun, and in doing so lost our suspension of disbelief, “Us” is a true thriller with carefully built tension and suspense. The script is filled with amazing set-ups and pay-offs, that encourage us to cheer the characters on through their nightmare.

What caught me by surprise was the fact that “Us” also contains a good portion of horror-comedy, specifically in its latter half. The trade-off between absolute horror and a horror-comedy makes for a good balance. Given Peele’s amazing reputation, it seems only natural for comedy to ensue, and for the film to weave back and forth between a great deal of fear and laughter.

The movie also offers a social commentary on the complexity of humans, confronting aspects of our mental health that we often do not discuss. Whereas “Get Out” questioned society’s conceptions of race, “Us” asks another complicated question: What does it mean to be you? And like all great horror movies, it asks the eternal question: who is really the monster?

The only stumbling block in this movie was the ending, which had a twist at the very last minute that came across as predictable. Despite the hiccup, I found myself smiling by the credits.

In that sense, it’s Peele’s great homage to classic horror movies like “The Thing” and “Evil Dead” that makes “Us” a bonafide classic of the broad genre of horror. And though its opening credits are reminiscent of Hitchcock’s masterpieces, “Us” proves itself it’s not merely another imitator—it’s the real deal.

The film is a great success, and a nail in the coffin to cement Peele’s masterful skills as a writer and director. Taken on its own, the movie could even be seen as a great precursor to Peele’s take on “The Twilight Zone.” And for all his well- earned merits, I welcome his upcoming revival of the classic with open arms— well, just one. I’ll keep the other free to hide behind.