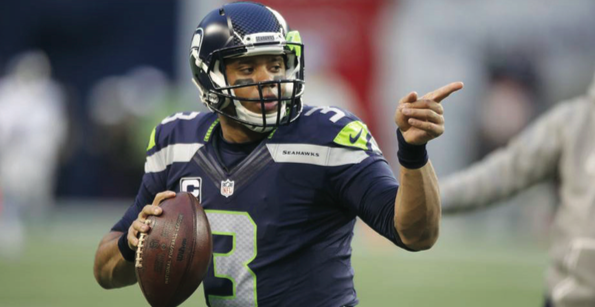 Russell Wilson has had enough. After ongoing contract discussions with the Seattle Seahawks have yielded little to no process, Wilson is putting his foot down. The quarterback has announced a self-imposed deadline of April 15 to reach a contract extension with the team, the start of the Seahawks’ voluntary work- outs. If no deal is reached, Wilson is willing to play out the final year of his contract and enter next offseason as an unrestricted free agent.

Players playing out the final year of their contract without an extension is not an uncommon practice in the NFL. However, when it comes to a top ten quarterback in the league such as Wilson, teams rarely, if ever, reach this position with their quarterback. An elite starting quarterback is one of, if not the most valued positions in all of sports, and teams who do not have one are always trying to find one no matter the price.

This is what makes the Seahawks ‘standoff with Wilson all the more peculiar. With new deals in the past few years for quarterbacks like Matthew Stafford, Derek Carr, Alex Smith and even Joe Flacco dwarfing his current average yearly value of his contract (just under $22 million), Wilson feels that he deserves a raise. His numbers and career accolades certainly back up that sentiment. Wilson has been named to the Pro Bowl in five of his eight seasons, threw a career high number of touchdowns last season and has won a Super Bowl among other career accomplishments.

Wilson and his representatives will most likely be looking for a deal that surpasses Packers quarterback Aaron Rodgers’ $33.5 million annual average, which would make Wilson the highest paid player in the history of the NFL. Despite his numerous accolades and leadership presence in the locker room, Wilson and the Seahawks have thus far been unable to reach an agreement on a contract extension.

In the past, general manager John Schneider and head coach Pete Carroll have built their team centered around a dominant defense and a punishing rushing attack, which led them to their Super Bowl victory in 2014. However, with the departure of the Seahawks’ famed Legion of Boom (Richard Sherman, Earl Thomas and Kam Chancellor) and running back Marshawn Lynch in recent years, the attention has rightfully shifted to Wilson. He is the heartbeat of the Seahawks, and his propensity to bail the team out of seemingly hopeless situations time and time again with his scrambling ability and great decision making has made him one of the top quarterbacks in the league and an invaluable piece to the success of the Seahawks.

If the team and Wilson are ultimately unable to come to an agreement on a contract extension before Wilson’s April 15 deadline, the Seahawks run the risk of having to use the franchise tag on him next offseason, which is currently projected at $30.3 million, or let him walk away in free agency. With the draft happening soon, the Seahawks could also look to take a quarterback depending on how talks with Wilson progress over the next week. Time is slipping away for Wilson and the Seahawks to reach a deal, as the future of both the franchise and its star quarterback hang in the balance.