Lost Boys Find a Home Performing at The Mat 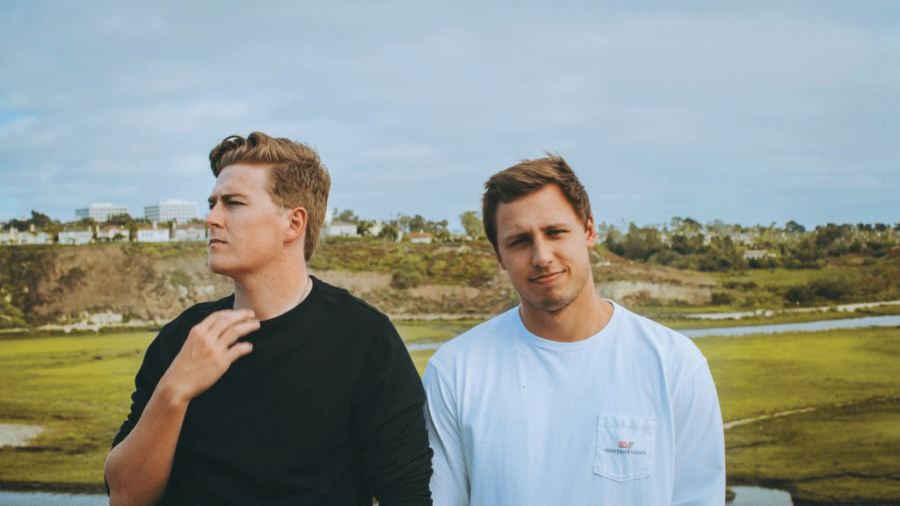 On Saturday, April 13, the Lost Boys performed at The Mat, the new concert venue at Parker Commons. The Lost Boys are a steadily rising duo from California. The boys, Andy Mueller and Brett Beaudette, met in college and started DJing at bars around Texas State University. Before they even graduated college, they opened for hit artists such as Big Gigantic, NGHTMRE, Whethan, Matoma and Two Friends.

Today, the Lost Boys are EDM Sauce’s Top Artist to Watch for 2019, with almost 65,000 monthly listeners on Spotify—a number that is sure to increase after Martin Garrix, a popular DJ with 26.6 million monthly listeners on Spotify, played their 2019 EP, “Close To U Remixes.” This exciting news broke this past weekend after Mueller and Beaudette performed a set at Coachella in California, just before traveling across the country to Colgate.

At Colgate, the Lost Boys played an hour long set from 8 p.m. to 9 p.m. The doors of the Parker Commons opened an hour before the music started, giving students a chance to grab food from the buffet of assorted pizzas and popcorn. Students over 21 were also able to choose from a selection of alcoholic drinks at the bar inside. The Shaw Wellness Center provided all of the attendees with free goodie bags containing cards with tips for responsible drinking and emergency phone numbers written on them. Each bag had chapstick, condoms, snacks, Purell and sunscreen, reminding students to have fun while staying safe and healthy during Spring Party Weekend (SPW).

The Lost Boys performance at The Mat followed the lead of the Shaw Wellness Center by providing a safe space for students to feel the excitement of SPW. A dynamic DJ duo, the Lost Boys kept their energy high throughout their performance, dancing along to their own beats. They mixed together an array of hit songs including “The City” by Louis the Child, “Rude Boy” by Rihanna, “Money Made Me Do It” by Post Malone, “Like It’s Over” by Jai Wolf, “Sensations” by Elohim, “Electric Love” by BØRNS and “Lift Me From the Ground” by San Holo.

The Lost Boys created a perfect pop blend that they embellished with their own sound effects and enhanced bass. Even the stoic Campus Safety officers monitoring the event couldn’t resist tapping their feet to the music. With their irresistible sound, the Lost Boys were able to create an environment that was inviting to anyone who wanted to keep the party going while taking time to eat some free food indoors.

This concert was one of the seven musical events of SPW, including five concerts and two karaoke events. The Mat hosted two of the concerts this weekend: The Wrecks on Friday night and the Lost Boys on Saturday night. Only having launched at the beginning of the spring semester, The Mat has taken off as a prominent space for music on campus. With five concerts already in the books for this semester, students can expect to see great things at The Mat in the coming years, especially after hosting artists as talented and promising as the Lost Boys.