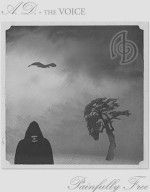 Many musicians write and perform with the intent of passing along a message to their audience. For Colgate graduate Antonio Delgado ’99, his message is a thirst for change. Delgado has spent the last six years since graduation from Colgate pursuing not only music, but also law, in the hopes of inspiring a movement for social change. With the release of his first album, Painfully Free, at the end of this year, he looks forward to passing on his message of empowerment and creating a collective determination among his listeners to rise up against inequality.

Delgado has had an interest in music from a young age. Since middle school, his passion has been poetry and lyrics. But like most strong students, he opted to attend the best college he could (Colgate, of course!) and further his education, rather than pursue a music career. Little did he know that doing both was entirely possible. He did extraordinarily well in his collegiate academic pursuits and became the first black student at Colgate to receive the prestigious Rhodes Scholarship. This scholarship granted him the opportunity to study at Oxford University in England after graduation, and it was there that his passion for songwriting, first discovered back in his middle school days, re-emerged. “Writing lyrics really became an outlet for my frustrations during my time in England as I struggled to overcome culture shock and the fact that I was so far away from family and friends,” Delgado said. “It was during this period that I feel like I started to find my voice as an artist.”

Despite this re-emergence of his love for music, upon his graduation from Oxford with a second Bachelor’s Degree, Delgado again chose education as his top priority. He went on to attend Harvard Law School in the hopes of learning more about the social injustices in America and to change the ills he saw in the world through law.

Delgado again succeeded in furthering his academic career, but this time it wasn’t as fulfilling. At Harvard, he had intended to become more informed about social injustice and use that knowledge to bring about change in a society plagued with inequality. Unfortunately, law wasn’t the medium through which he could pursue his newfound passion. “Turns out I was wrong about being able to use the law to effectuate social change – at least the kind of transformative or revolutionary change I am seeking,” Delgado said.

But just because law wasn’t the forum Delgado could use to inspire change, he didn’t give up. Rather, he turned to his lifelong passion.

“I felt free to consider non-traditional methods for societal change,” he said.

He found the perfect non-traditional method – hip hop culture, in which he could blend his two passions: music and changing the disparities of society. More specifically, Delgado wanted to focus on equality in education and the promotion of education.

“Education and the hip hop nation are two things about which I am extremely passionate,” he said. “And one day I hope to marry the two for the betterment of not only brown and black people, but all Americans and the rest of the world.”

Since embracing music as his first priority, Delgado has become an accomplished member of hip hop culture. Together with fellow Colgate graduate Tom Kim ’97, Delgado began his own independent music label, Statik Entertainment. The philosophy of Statik Entertainment is similar to that of Delgado’s own personal ideals.

“I believe hip hop is desperately in need of a new direction – one that celebrates the power of education as opposed to making our youth feel like ‘keeping it real’ means standing on the block instead of sitting in a classroom,” he said. “I want to introduce a more uplifting narrative about brown and black people – one that hopefully will lead to self-empowerment and collective determination.”

Statik Entertainment calls for a revolution in which the voices of the “unnoticed, the disregarded – those forced to live in the shadow of lies, false promises and dreams deferred” are heard. This revolution, driven by the power of knowledge and love, represents the way that Delgado has lived his life, approaching goals with passion and always striving for the best. His own pursuit of education reflects his drive, one which will serve him well not only as a role model for his audience, but also in helping his message reach a broader group of people.

Although Statik Entertainment has a strong focus on its message for a more humane and equal world, passion for music is maintained. Firmly in the genre of hip hop, Delgado describes his music as “a cross between Kanye West and Nas – with a bit of KRS1 sprinkled in. Basically, it’s politically driven hip hop with a commercial sound.” Delgado calls himself AD – The Voice, and promotes the image of a voice behind a message. This is because the messages that Statik Entertainment promotes are not just found in the mission statement, but in the lyrics of the music itself. The songs on his upcoming album deal with issues plaguing American society (racism, sexism, violence, capitalism and imperialism). One such example is the song titled “S.O.S.,” which is about the devastation caused by Hurricane Katrina.