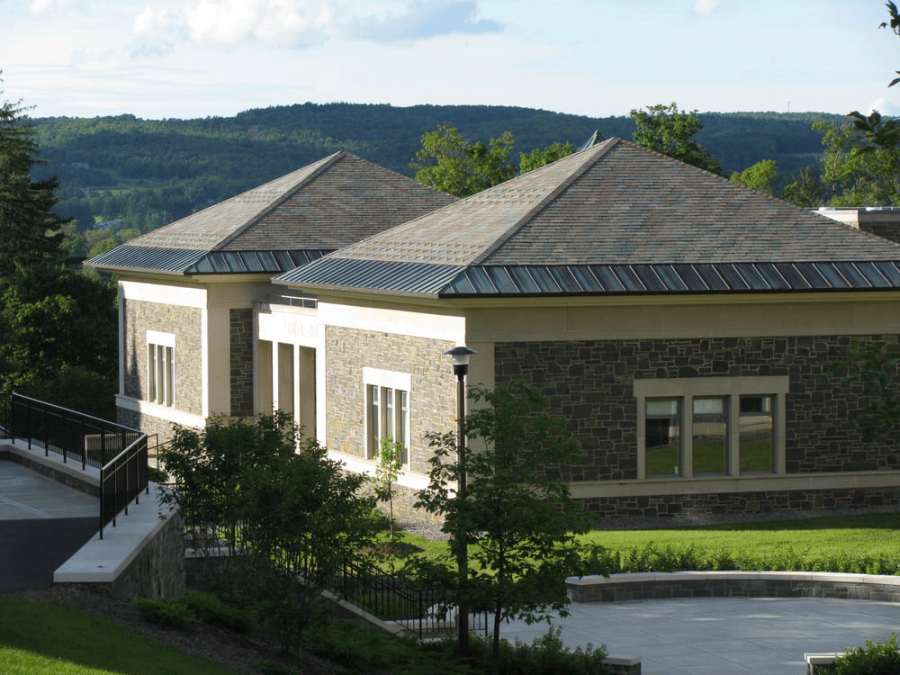 The Colgate Debate Society hosted the final round of the weekend-long Colgate Open Debate tournament in Love Auditorium on Sunday, March 31.

Throughout the weekend, 40 teams representing over 20 institutions from the United States, Canada and the United Kingdom competed in the Colgate Debate Open tournament.

In Sunday’s final, only Cornell University, Bard College and Western University remained, along with a hybrid team that involved students from different schools.

The style of college debate follows the guidelines of the British Parliamentary Style, a form of debate where teams have 15 minutes to individually prepare seven-minute long speeches about a topic that is particularly relevant in today’s world. The topics mirror the form of resolutions up for debate on the floor of the actual British Parliament.

Because Colgate hosted the tournament, no Colgate teams formally competed. Instead, Colgate debate members acted as judges, runners, people who collect the decisions (or ballots) at the end of a round and “swing teams” who only debated in rounds if there was an uneven number of teams.

First-year John Morgan, a member of the Colgate Debate Society, discussed the significance of the tournament for the Colgate team.

“This tournament was important in that Colgate was able to showcase its ability to organize and host such a large event,” Morgan said. “The tournament ran incredibly smoothly, ahead of schedule on some occasions, which is extremely rare for debate tournaments.”

“Overall, participating in debate allows one to develop very useful public speaking skills, as well as critical analysis in breaking down an opponent’s argument as well as crafting one of your own,” Morgan said. “Participants also become well-rounded as they debate over a wide array of topics. Additionally, it is an inclusive society and environment in which everyone has a platform and can succeed if they choose to put in the effort.”

On their GetInvolved page, Colgate Debate Society states their longstanding tradition of teamwork.

“Our members work together and help each other become better debaters. For example, experienced debaters and new debaters team up together to compete and judge at regional tournaments,” the page states.

In the past, Colgate Debate Society has traveled to compete in different countries including Mexico, England, Turkey, Greece, Malaysia, Ireland, Thailand, South Africa and Botswana. This year, they represented Colgate at tournaments in New England, Canada, the United Kingdom and Bangkok.