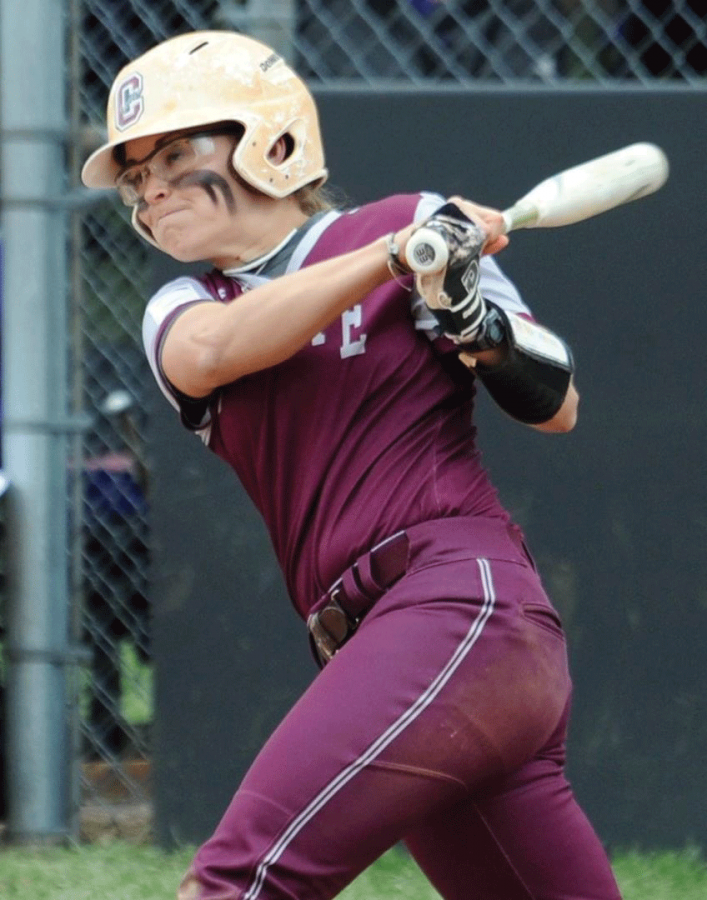 The Colgate Women’s Softball team took on Syracuse on Wednesday, April 17, in a one-game series, as well as Holy Cross in a three-game Patriot League Series on the weekend of April 20 and 21.

In the team’s game against ACC power Syracuse, the Raiders knew that they were in for a fight. The Syracuse Orange play in one of the top collegiate athletic conferences and had cut their teeth early in the season playing against some of the best teams in the nation as well as many other power conference opponents.

Despite the daunting challenge, the Raiders rose to the occasion scoring three runs early in the first inning. Junior catcher Virginia Irby helped to open up the scoring when she hit a single up the middle of the field and then advanced to second on a fielding error. This drove first-year out- fielder Rebecca Johnson and senior infielder Meghan Romero home to put the Raiders up 2-0. The lead was extended when junior outfielder Jordan Miller doubled down the left field line driving Irby in to make it 3-0.

Colgate wasn’t done however, and in the third inning, the first batter, first-year infielder Morgan Farrah, homered on the third pitch thrown to her to extend the Raiders’ lead to 4-0.

Despite the lead, Syracuse gave Colgate all it had. In the fifth, Syracuse senior outfielder Alicia Hansen doubled to left field sending home senior utility Bryce Holmgren to put the Orange onto of a sacrifice by Holmgren, but it was not enough as the Raiders were able to upset Syracuse 4-2.

The Raiders next took on Holy Cross in a three-game homestand on the weekend. It was an important series as the Raiders are in the middle of a fight for a spot in the Patriot League playoffs and there hopes hinged on a good performance.

The series started poorly for Colgate. In the first game, Holy Cross first-year pitcher Kelly Nelson pitched a complete game allowing just four hits and one run to give the Crusaders a 3-1 victory.

In the second game on Saturday, Nelson continued her hot pitching, but was matched by Raider junior Jessica Hay. The game was a defensive duel with the only runs coming when Colgate’s junior infielder Nicole Rounsavill homered to left center driving in sophomore outfielder Mia Guevarra to give the Raiders a 2-0 lead and eventually a victory.

In the final game, both teams’ bats came to life. Trailing 5-3 entering the seventh and final inning with two outs left, Rounsavill once again came up big, doubling to center and sending home both Irby and Romero to send the game to extra innings. In the ninth, Irby singled to left allowing Johnson to score and the Raiders to take a 6-5 win.

With the three wins, the Raiders moved into fourth in the Patriot League the final playoffs spot. The team is currently tied with Lehigh who they have a two-day series against on Saturday May 4 and Sunday May 5.

The Raiders’ next game will be played at home against Lafayette on Saturday, April 27 at 12 p.m..