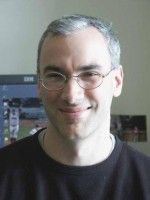 Many people have made certain choices that seemed insignificant at the time but actually turned out to have great impacts. For Assistant Professor of Economics Marc Tomljanovich, something as simple as working at a ski hill during the year he took off between college and career turned out to be very influential. After graduating from Northwestern University in 1992 as an Economics and Political Science Major, Tomljanovich ended up working as a ski instructor. “It was my first experience with teaching,” he said. Although it was just with “helping people down a hill,” and not in an academic setting, teaching turned out to be something Tomljanovich enjoyed and wanted to pursue. This positive experience pushed Tomljanovich to seek a doctorate degree from Cornell University. After reaching that goal, he took a visiting position at Union College. He arrived here at Colgate in 2000. “I love Colgate,” Tomljanovich said. “I love the students; I love that they’re interested in what happens … I can put layers in my classes.” He believes that students are able to delve deeply into the subject matter and see it from different perspectives. Tomljanovich noted that “it’s not just about the grades here,” and that students feel comfortable in a classroom setting. The student-teacher interaction possible here at Colgate is very important to Tomljanovich as well. “You’re not just a number here,” he emphasized. Tomljanovich contributes to Colgate life and the overall Colgate experience, both in an academic sense and otherwise. It is obvious that he is passionate about his studies and passing on his knowledge to others. As a macro-economist, Tomljanovich focuses on issues in economic growth – such as natural tendencies and the impact of policy-makers – and Central Bank transparency, which essentially examines the question of whether or not “it matter[s] what Allen Greenspan reveals to the public.” Tomljanovich incorporates his two areas of concentration into the classes he teaches here at Colgate: Introduction to Economics, Intermediate Macroeconomics, which examines what role policy-makers play and looks at current events such as the privatization of Social Security, and also a Financial Markets class which he developed. He calls it a “birds-eye approach at how markets work.” Although the class has not been taught in two years, Tomljanovich is scheduled to teach it again next fall. In the past when he has taught it, he was able to “cultivate a group of alumni in New York City” still involved in the economic world for his students to speak with through the Discussion feature on the online Blackboard website. Because of this connection, the students were able to contact and gain information from professionals who more directly experienced recent major events with huge financial implications, such as the World Trade Center attacks of September 2001 and the 2002 Enron and WorldCom controversies. Tomljanovich does whatever he can to make every classroom experience as real and applicable as possible for his students. Its comes as no surprise, then, that Tomljanovich is once again striving to do this by leading the London Study Group in Spring 2006. Tomljanovich is also very involved on campus outside of the Economic Department. He has served as advisor to the Mountain Biking Club, he is the Co-Captain of the faculty soccer team, called the “Academons,” and he also joins international students for a game of indoor soccer every Saturday. Tomljanovich has proven himself to be an essential member of the Colgate community, one whose hard work and ability to influence others has certainly paid off in a positive way.