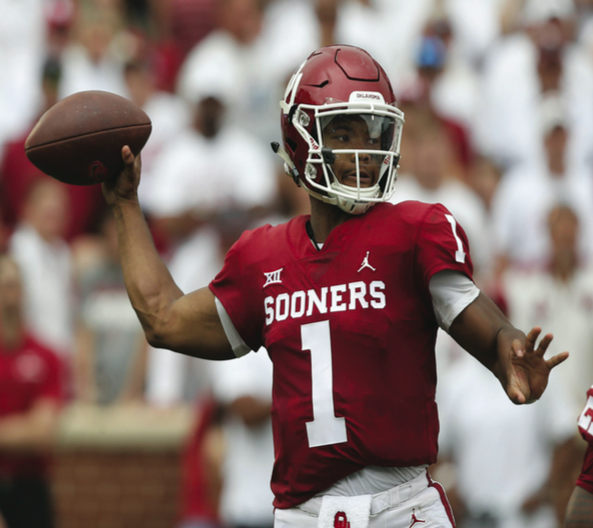 Wherever he ends up on draft night, Kyler Murray will surely have the opportunity to immediately showcase his skills and talents at quarterback.

One of the biggest questions heading into the 2019 NFL draft has to do with the electrifying quarterback Kyler Murray. More specifically, everybody is curious to find out if the Arizona Cardinals, with new coach Kliff Kingsbury, will pull the trigger and take Murray with the first overall selection. Unlike many years, there is no clear first overall pick, and speculation has been high on what the Cardinals will do.

There are a few challenges associated with drafting Murray number one. First, let’s talk about Murray himself. There were many questions about Murray going into his past football season at Oklahoma, mainly because he had been backing up Baker Mayfield for the past few years and nobody had really seen him play. Murray was the guy that everybody talked about in the Oklahoma facility, but outside of that, nobody knew his name before the 2018 college football season.

We ended up finding out very quickly, as Murray was brilliant from the start. He led the Oklahoma offense like he had been running the show for years. He left opponents in the dust whenever he was able to get out of the pocket and display his speed and athleticism, and defensive backs were hopeless against his pinpoint accuracy. With Murray, Oklahoma’s potent offense always had a chance at a big play. Although eventually falling short of the National Championship, Murray proved throughout the year that he was the best that college football had to offer. He completed 69 percent of his passes for 4,300 yards, 42 touchdowns and only seven intercep- tions. On top of that, Murray gained over 1,000 yards on the ground and added 12 more rushing touchdowns on his way to a Heisman Trophy. However, he did not seem like he was on a lot of NFL radars during the year.

For starters, everybody thought that Murray was going to be a professional baseball player. He also played baseball at Oklahoma, and he impressed so much that the Oakland Athletics decided to draft Murray with the ninth selection in the MLB draft, throwing in a multi-million dollar signing bonus to sweeten the deal. The thought was that Murray would play his junior season at Oklahoma and then leave the school to join the A’s minor league affiliates. However, Murray went back on the signing bonus and decided to declare for the NFL draft just a couple months ago. Murray’s draft entry brought on more questions about his inexperience in football, as he only played one year as a starter in college.

Although a lack of experience is concerning for Murray, it is nothing compared to his feature that raises the most questions: his height. Murray’s measurements at the combine were the most anticipated drill of the day. He was officially listed at just over 5’10”, 207 pounds.

Although he measured taller than most people thought, his height has been the main concern that has kept Murray from being a consensus number one overall pick. However, fortunately for Murray, the height factor is no longer as important to an NFL quarterback as it used to be. The game has evolved, and quarterbacks who are mobile and can get outside the pocket and extend the play are very much valued now. If Murray does go number one, or anywhere high, he can thank Seahawks’ veteran quarterback Russell Wilson, who proved that he could win despite his height and who paved the way for future small quarterbacks. While Wilson weighs much more and had more experience, Murray does have the same kind of characteristics that make Wilson so hard to handle for defenses in the league.

Another factor that bodes well for Murray going number one is the team that currently holds that pick. The Arizona Cardinals are currently in a full-on rebuild and looking to find their centerpiece at quarterback for the future. In fact, they are in the same position they were in last year when they drafted Josh Rosen out of UCLA with their first pick. Rosen struggled in his first season with an outdated offense under Steven Wilks, who was unceremoniously fired after just one season as head coach in Arizona. New coach Kliff Kingsbury, hired right after being fired from Texas Tech, looks to develop a new, fast-paced, modern offense in Arizona like we see with the Rams and Chiefs. Undoubtedly, this kind of offense will play to Murray’s strengths, and not so much to Rosen’s, who people think can flourish under a more strict offense. On top of that, Arizona’s offensive line is atrocious, something that Murray can cover up to an extent with his mobility, and Kingsbury has previously expressed great interest in Murray.

The Cardinals have kept their cards hidden and have not declared what they will do with the first pick. Many believe it will be Murray because of the Kingsbury connection. Others think it would not be smart for them to bail on Rosen so early, and instead they should draft one of the very talented defensive lineman like Nick Bosa, or trade down for more picks and perhaps bolster their offensive line.

I believe that the Cardinals should go all in on Murray. Trade Rosen for what you can get, and take Kyler with the first overall pick. Winning in the NFL is all about having an identity, and the Cardinals can have that with Murray. The quarterback-head coach relationship is very important, and to have Kingsbury with Rosen would just not make any sense. The Cardinals have, for better or worse, gone all in with the new, fancy, young head coach. For him to really work, you have to give him all of the tools to help him do what he does best, and Murray fits that mold like nobody else.