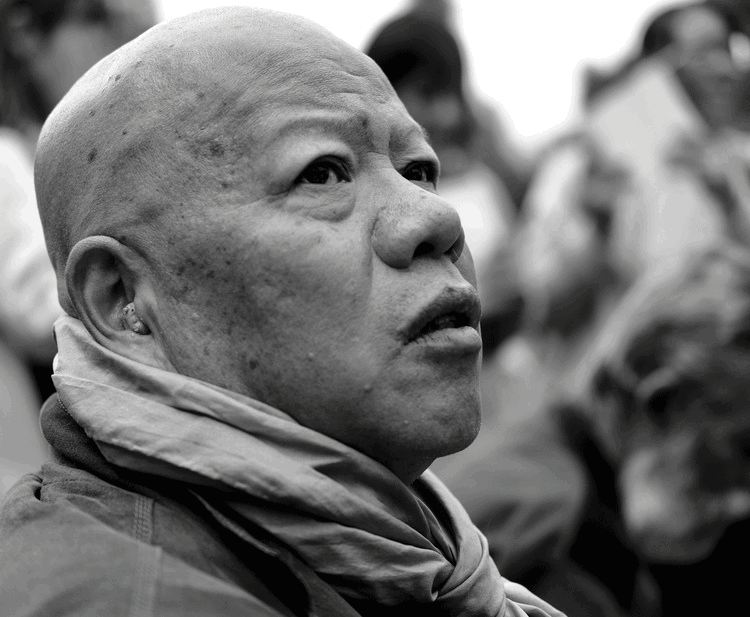 Yu Jian gave a reading the day before Poetry Night in Lathrop Hall. Yu Jian read a poem titled “He Is a Poet” as well as a collection of poems about Hamilton, New York from when Yu Jian visited 15 years ago. Yu Jian’s poetry focused on nature and the beauty of Colgate’s campus, as well as the “small town-ness” of Hamilton. Yu Jian’s poetry was written in Chinese and translated into English. His poem “Hamilton” was translated by alum John Cavanagh ’09 and reads as follows:

No way to know the origins of the books. Residents of this small town do not understand Chinese The moon on the fifteenth day of the eighth month always wants toilluminate the poetry of Li BaiBy chance this white jade wine glassis placed on a shelf exactly where the moonlight can reach it.”

One well-received poem was chosen by Ines Boumedienne, the French Language Intern. She read “La courbe de tes yeux” (“The curve of your eyes”) by Paul Éluard.

“I chose this poem because usually French poetry tackles sad and grave topics, for example Victor Hugo’s poems, but this one inspired me to see the beauty of women through the poet’s eyes. Women are depicted as a goddess able to create, and to do so the poet uses the four elements (air, fire, water and the earth). I also like this poem because it has a lot of figures of speech and every time you read that sort of poem again, you discover new aspects of it,” Boumedienne said.