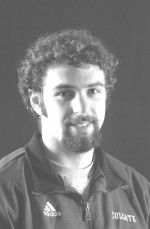 After extending its win streak to three with a victory at Niagara, the men’s soccer team was dealt a serious blow to its chances of qualifying for the Patriot League Tournament with a tough loss at Navy. Entering their game against Niagara, the Raiders were coming off an impressive week in which they beat Bucknell and Syracuse. The team had momentum entering this game and it looked to increase its winning streak to three games. The Raiders used their energy from the previous week and were able to dominate Niagra with a 3-1 victory. The team was able to strike early and score eight minutes into the game when senior Justin Seconi scored his first goal of the season off of assists by senior co-captain Reed Grimes and first-year Eric Anton. The Raiders refused to let up and were able to add another goal as junior Bryant Meckley added his first goal of the year with an assist off the foot of sophomore Kevin Toomey. Senior co-captain John Cook finished the scoring for the Raiders early in the second half when he put away the rebound of a Grimes shot. Head coach Mike Doherty was happy with the team’s play. “The team played well overall,” Doherty said. “It was a great game for us, [playing] away in mid-week. We moved the ball well throughout the game and our defense limited the opposing team’s chances. Anton and Seconi I felt played very well and Grimes had a great performance with two assists. Everyone on the team got to play and that is what I felt was most important. It is good that our starters played well, but it’s good to give everyone some experience on the field.” The win over Niagara was not a Patriot League game, but it increased the Raiders’ record to 7-3 while extending their winning streak to three games nonetheless. However, the big game of the week for the team came a few days later when it traveled to Navy for its third Patriot League contest. Everyone on the Colgate team knew how pivotal this game would be to the team’s chances of not only hosting the Patriot League Tournament, but for qualifying for it. The Raiders did not get the result they wanted as they saw their three game win streak end with a 2-1 loss to the Mids. The Raiders played from behind almost the entire game as Navy scored 25 minutes in and extended its lead five minutes into the second half. The Raiders cut the lead to one goal after a penalty kick by Sean O’Sullivan, but they were unable to get the equalizer. It was another tough loss for the team and Doherty blamed a slow start for the disappointing defeat.”We came out slow and we went down 1-0 very early,” Doherty said. “We did not play poorly, but we were on our heels. The second half was much better, but a defensive breakdown allowed them to go up 2-0. We were able to sustain a lot of pressure in the last 20 minutes and cut the lead to one, but Navy defended us very well and was extremely physical and rough even when we kept pressing. It was another tough loss, but this can be fixed if we start finishing our scoring chances.” The loss puts the team’s overall record at 7-4, but more importantly lowers its Patriot League record to 1-2. The tough loss really hurt the team’s chances of qualifying for the Patriot League Tournament and Doherty knows it. However, he knows that the season is not yet lost. “Our opportunity to host the Patriot League Tournament is over and we have our backs to the wall now,” the coach stated. “Three losses is the most you can get and still qualify for the tournament. We have to win three of our last four Patriot League games to qualify. We are not playing poorly at all, but we need to step up our play and have a good game against American [tomorrow].” Doherty has named the inability to score goals as the team’s biggest problem all year and he hopes that players such as Cook, Anton and Seconi will put away their chances in the next games to take some pressure off of the defense. Even with the devastating loss to Navy, the Colgate team still has an impressive record at 7-4 and has played well in every game this season. As the Raiders enter the second half of the season they face a difficult road in trying to qualify for the Patriot League Tournament, but if their offense is able to find their scoring touch, opposing teams will have trouble stopping the Raiders.