One Tough Loss and Two Shutout Wins For Men’s Soccer 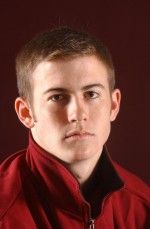 After suffering a tough loss to the Lafayette Leopards in its first Patriot League game of the year, the Colgate men’s soccer team rebounded with two consecutive victories, including its first league win against Bucknell.On a cold September night at Van Doren Field, the Raiders hoped to get off to a good start in the Patriot League against defending champion Lafayette.With the stands packed with fans, both teams were playing with intensity from the start, knowing how important an opening victory would be in the league.After 90 minutes of scoreless play, the two teams went to overtime. There, the Leopards scored an early goal after a miscue by the Colgate defense, shocking the Colgate fans. Head coach Mike Doherty attributed the defeat to a slow start by the team. “In the first 45 minutes we were tentative,” Doherty said. “We had a better second half, but it hurt losing our starting goalie, [sophomore] Doug Litvack, during the half. [First-year] Josh Cohen came in and played well, but this was a game we easily could have won. We can’t win the league if we play for less than 90 minutes a game.”Litvack, who has had a great start to the season, was knocked out of the game and had his season ended when he was kicked in the head by a Lafayette forward. The team continued to play well upon Cohen’s entrance to the game, but Lafayette was able to take advantage of his inexperience in overtime. The first-year came out of the net to corral the ball, but a Leopard player got there first and scored into the open net to give Lafayette the victory.It was a heartbreaking loss, but Doherty was optimistic. ” I told the guys that one game does not make a season,” Doherty said. “We have to move forward from this loss and not dwell on games in the past.”Doherty’s advice seemed to have worked, as the team came back to snap its three-game losing streak against the Syracuse Orange with a 1-0 victory at home. The win marked the 400th victory for the Colgate men’s soccer program.The first half was very even, but Colgate dominated the entire second half. Only five minutes into the second period, senior tri-captain Jon Cook scored on a breakaway after receiving a great chest pass from fellow senior tri-captain Reed Grimes. Following the goal, the Raiders continued to press and had many more chances to score, but in the end the team was glad to take a 1-0 win.”Unlike the Lafayette game, we played a full, strong 90 minutes,” a pleased Doherty said after the game. “This game easily could have been three or four to nothing. Our defense had its best game and it played well as a unit. I hope that this game will give us some momentum.”On Saturday the team traveled to Bucknell for its second Patriot League game. Doherty saw this game as crucial, for a loss would be devastating to the team’s chances of qualifying for the Patriot League tournament.The Raiders earned their sixth shutout of the year after a 1-0 victory in Bucknell, thanks to a 71st minute goal by junior Sean O’Sullivan. The win helped even the Raiders’ conference record at 1-1 and pushed their winning streak to two. The loss of its starting goalkeeper has not fazed the team, as every member of the team has risen to the challenge and played even better team defense in recent games. Cohen especially has stepped up his play, as evidenced by the Patriot League Rookie of the Week award that he garnered after earning shutouts against Bucknell and Syracuse. With a great start to the season, Coach Doherty has high hopes for the 2004 season. “We hope to have a winning season, but our biggest goal is to host the Patriot League Championship by finishing first in the league,” Doherty conceded. “Even if we are unable to host the Championship, finishing in the top four in the league is our next goal so that we can compete in the tournament.”On top of great senior leadership from players like Cook and Grimes, Doherty has been impressed with the play of the new first-year class. “Eric Anton has started all year and has played excellently. Dan Belke got his first start against Syracuse and I felt that he played a very good game at center midfield. In general, the [first-year] class has great skill, strength and speed, and I see good things from them in the future.”The Raiders have gotten off to a 6-3 start and will look to build on their current two-game winning streak in the upcoming weeks. The team has been getting better with every game and has the potential to do some damage in the Patriot League tournament, which begins in mid-November.