Predicting the Winners of the Women’s Final Four 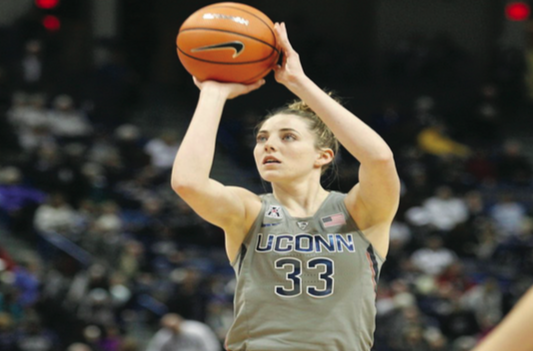 The stage is set for the 2019 NCAA Women’s Final Four. After crucial wins in the Elite Eight this past weekend, including two shocking upsets, the pool of teams has been narrowed down to just four. The four remaining teams will meet again on Friday, April 5 in Tampa, Florida, with No. 1 Baylor facing No. 2 Oregon at 7 p.m., followed by No. 1 Notre Dame against No. 2 UConn at 9 p.m. Each of these teams has fought hard to make it this far. That being said, Baylor and UConn are the two teams that seem to have the most legitimate chances at moving on to the National Championship.

Out of the four remaining teams, Baylor had perhaps the easiest journey to the Final Four. Following a decisive 85-53 victory over the second-seeded Iowa Hawkeyes, the Lady Bears have proven that they deserve to be the No. 1 overall seed in the tournament. With just three losses over the past two seasons, head coach Kim Mulkey has clearly shown just how dominant Baylor actually is on both ends of the court. The Lady Bears have the third highest shooting percentage in all of women’s college basketball, as well as the lowest opponent field goal percentage in the nation. Having such a balanced team allows for stars Kalani Brown and Lauren Cox to consistently produce with incredible ease, and there is no reason why the Lady Bears cannot continue to ride this momentum into their Final Four matchup.

Baylor will square off against a very sound Oregon team. Led by Sabrina Ionescu, arguably the most exciting player in women’s college basketball, the Ducks and their high-powered offensive ability will certainly be a handful for Baylor. That being said, Oregon has not been as effective defensively this season, which could pose a problem for head coach Kelly Graves as he attempts to shut down the Lady Bears’ electric offense. Though it should be a very close game, Baylor’s slight edge on the defensive end will most likely lead them to their first National Championship appearance since 2012.

As for the second contest, this game features two of the most storied programs in all of women’s college basketball. Notre Dame, who crushed Stanford 84-68 in the Elite Eight, has not missed the NCAA Tournament since 1995. Led by Hall-of- Fame head coach Muffet McGraw, the Fighting Irish have experienced consistent success unrivaled by every other team but one. That team is UConn. Though UConn has not been quite as dominant this season as in previous years, the Huskies still stand at an impressive 35-2. Head coach Geno Auriemma is certainly used to winning, and with early exits in the Final Four in each of the last two seasons, he will surely be looking to make it back to the National Championship yet again. Senior guard Katie Lou Samuelson has been a source of consistent scoring for the Huskies all season, so fans can expect Auriemma to heavily rely on her offensive abilities against Notre Dame’s one-two backcourt punch of Arike Ogunbowale and Jackie Young.

This kind of matchup is exactly what every women’s college basketball fan wants to see in the tournament: two incredible coaches facing off on one of basketball’s biggest stages. Again, this game should be extremely tight and could honestly go either way. That said, Auriemma’s two year hiatus from the National Championship will finally come to an end, and UConn will once again be contending for a national title.