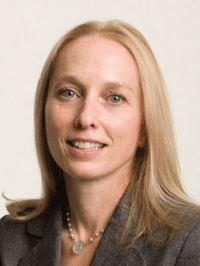 March 22 and 23 marked Colgate’s first-ever “Empowering the Next Generation” weekend, which celebrated the achievements of Colgate alumnae and provided support for the ambitions of current female students. A dinner and reception on Friday and a lunch and panel discussions on Saturday aimed to address some of the issues women face in the workplace.

Pennsylvania Congresswoman Mary Gay Scanlon ’80 and Chief Communications Officer at Buzzfeed Carole Robinson ’83 were the keynote speakers during Friday’s dinner and Saturday’s lunch, respectively. Students were also encouraged to engage in conversation with the 35 alumnae who returned for this event throughout the weekend.

Saturday panels addressed diverse topics ranging from “#MeToo and Navigating Gender Dynamics in the Workplace” to “Leaning into Underrepresented Careers” and “Creating or Work- ing for a Startup.” The panels were designed so students could learn about how to deal with issues they might encounter in the future and ask questions.

Provost and Dean of the Faculty Tracey Hucks ’87 began Friday’s dinner by welcoming all the attendees.

“Alumnae, you can see sitting next to you the results of your ambition,” Hucks said.

She also reminisced about her time at Colgate when the student body was still 60 percent male in reference to the approaching 50th anniversary of coeducation at Colgate.

Senior Susan Morefield, an intern for Colgate Professional Networks who organized the event, took the stage and echoed Hucks’ remarks.

“The real reason I am able to stand here today is because of the alumnae of this University,” Morefield said.

Among the audience were three members of the first coeducational class, including Diane Ciccone ’74.

Morefield then introduced Congresswoman Scanlon, who recounted her path from Convocation to Congress.

Scanlon’s speech began by shouting out the men’s basketball team’s performance in the March Madness game earlier that day, which she had watched in Donovan’s Pub as part of a larger viewing party.

“It’s nice to be back and enjoy some Colgate traditions, like a snowstorm on the third day of spring.” She explained that when she entered Colgate in 1976, “[Colgate] was still a bit of a brofest which, you know, is not bad training for running for office,” Scanlon said.

Before Scanlon was sworn in in November 2018, Pennsylvania had the largest male delegation of any state.

Scanlon went on to describe the situations that moved her to take action, first as a lawyer, then as member of the school board and finally as a member of Congress. Throughout her story, she rein- forced the importance of the connections she made at Colgate and the impact Colgate had on her life.

During Saturday’s luncheon, Carole Robinson ’83 mentioned that she had admired Scanlon since they were both students here. In her remarks, Robinson shared her experiences in MTV, Viacom and Buzzfeed.

Robinson also addressed the #MeToo movement and a now-widespread anxiety among men that they have to be more cautious when interacting with women in the workplace in light of “new rules.”

“The rules haven’t changed. They’ve been the same since kindergarten. Keep your hands to yourself and treat others how you want to be treated,” Robinson said.