Analyzing the Top Quarterbacks in the 2019 NFL Draft Class 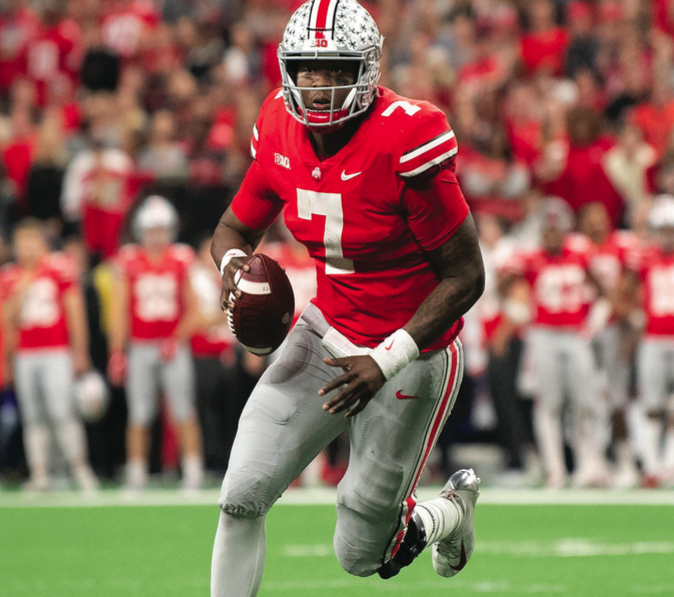 Ohio State quarterback Dwayne Haskins has worked hard to prove to NFL scouts that he has what it takes to compete at the next level.

With the 2019 NFL Scouting Combine last weekend at Lucas Oil Stadium in Indianapolis, NFL fans, coaches and front offices got a better look at the prospects available in the 2019 NFL Draft. The two top quarterbacks in this draft class, Ohio State’s Dwayne Haskins and Oklahoma’s Kyler Murray, took different approaches to the weekend.

Murray only participated in height and weight measurements and interviews, while Haskins participated in those aspects of the NFL Combine and ran and participated in throwing drills. As their combined experiences were different, both Haskins and Murray have had very unlikely paths to the top of draft boards.

Before the 2018 college season, Haskins and Murray were set to start for their respective schools for the first time. In 14 games, Haskins threw for over 4800 passing yards and 50 passing touchdowns, both of which are Big Ten single season records. He also threw only eight interceptions, and finished third in the Heisman Trophy race. Murray won the Heisman Trophy, joining Clemson’s Deshaun Watson as the only players in major college football history to throw for over 4000 yards and run for 1000 yards. Both players had record-setting seasons in 2018.

Haskins fits the mold as a traditional quarterback prospect. He measured at the NFL Combine at 6’3” and 231 pounds, and can make all of the throws that teams look for. Haskins played at his best in the most important games of the season, throwing for six touchdowns against an elite Michigan defense and throwing for 499 yards in the Big Ten Championship game. While mobility is not his strength, as he ran a 5.04 second 40-yard dash, his footwork within the pocket improved throughout the season.

Kyler Murray is one of the most intriguing draft prospects that the league has ever seen due to his size and background. In fact, he was not on draft boards at all throughout the season because he was expected to join the Oakland Athletics, who drafted him with the ninth overall pick in the 2018 MLB Draft. When he confirmed his commitment to football,

he immediately became one of the top quarterback prospects due to his ability to make throws inside and outside of the pocket. His college coach, Lincoln Riley, described his mobility as a “Barry Sanders effect.” His size is a concern, as he measured at 5’10” at the combine. If he were to be drafted in the first round, he would be the shortest quarterback drafted that highly since 1953.

While things could change heading into the NFL Draft next month, there is a strong possibility that Murray could be drafted first overall by the Arizona Cardinals. Their new head coach Kliff Kingsbury said last season while at Texas Tech that he would take Murray first overall if he could. Even though they drafted Josh Rosen in the first round in 2018, Murray is a better fit for Kingsbury’s spread offense, and Arizona could command high draft capital in a trade with Rosen. Haskins’ best fit would be as a successor to Eli Manning with the New York Giants, the team he grew up a fan of. Haskins met with the Giants over the weekend, and told the media that playing for the Giants would be a “dream come true.”

Haskins and Murray are both elite prospects that I believe have the ability to thrive if they have the right coaching and talent around them. Two franchises will be very lucky to draft one of these quarterbacks, as they both possess the requisite skills to lead a team for many years.