“For the Love of Justice” with Danielle Ponder 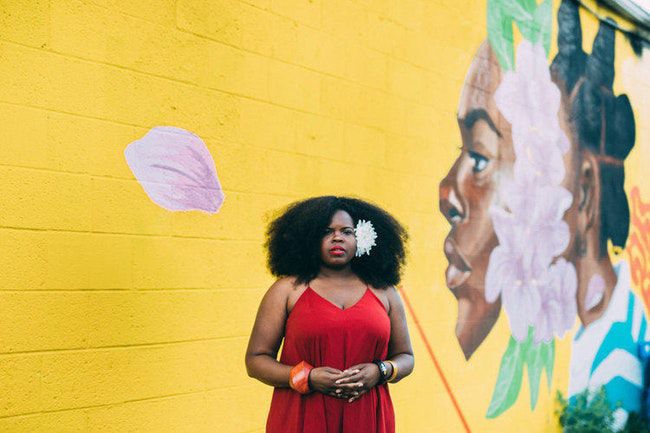 Danielle Ponder and the Tomorrow People

Colgate hosted “For the Love of Justice,” a performance by activist and artist Danielle Ponder and the Tomorrow People on Friday, February 22 in the Colgate Memorial Chapel. The stage was set beneath a large, blank projector screen and after brief introductory remarks, the screen flashed a timer counting down two minutes. By the time the clock reached zero, the band had positioned themselves at their instruments and Ponder’s soulful voice reverberated in every corner of the Chapel.

Images of the galaxy accompanied her otherworldly voice on the screen, and after the opening song, she greeted the crowd with a wide smile. Ponder explained that her multimedia performance was geared at communicating the importance of what she defines as the three forms of love: romantic love, love for others (which she equates with justice) and love for yourself (liberation). She hopes that this love will fuel us into taking control of our own lives and helping others climb out of their own struggles.

Ponder uses her work as a medium to express themes of personal liberation and gender, racial and economic equality. Her songs use visual aides to provide a glimpse into her inspiration. In her songs about romantic love, bright colors splashed across the screen as a reflection of the intense emotions accompanying different relationships. In her songs focused on justice, images of Black Lives Matter protests were inlaid with photographs of men, women and children killed by police brutality. In her songs about self-love, she drew on her womanhood by using bright graphics and images of energetic, dancing women to promote female empowerment.

Ponder’s songs are meant for more than pleasure; they act as a guide for how to love yourself and others. The lyrics encourage listeners to love themselves, pay attention to the pressing issues of today’s highly politicized climate and use this self-awareness to help their “brothers and sisters” out of the fire and into the light.

Between songs, Ponder mentioned the spark that fueled her fiery passion in every performance. At 16 years old, her brother was sentenced to 20 years in prison for a robbery of $170 in which no one was hurt. The severity of his sentence was due to the “three strikes and you’re out” law, which greatly increases a person’s sentence if they have been previously convicted of two or more violent or serious felonies. The fact that he was a black teenager only added to his difficulties.

Ponder, after seeing such severe injustice inflicted upon her brother, was spurred into action and became a public defender for five years to contribute to systemic change in criminal justice. She still felt a continual tug toward performing and decided to pursue singing full-time to both live out her passion and make a difference.

“When there is a calling in your life to do something, you are not going to be able to escape it,” Ponder said.

Ponder’s pain caused by the societal issues tackled in her work can only be soothed by writing and singing her deeply personal lyrics. Her lyrics encourage self-love, call attention to racism and police brutality and emphasize the need to find and pursue one’s passion.

She urged students to love what they do rather than settling for a concentration or career that is safe, proving that her lyrics apply to more than just pertinent social issues.