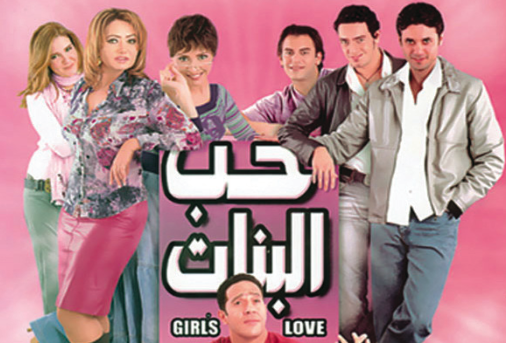 The Arabic Culture Club will be sponsoring a screening of Egyptian romantic comedy “Hob El-Banat,” or “Girl’s Love,” on Thursday, February 14, in honor of Valentine’s Day. It’s a romantic comedy about three girls who have different lovers but the same father. Their father dies, but in order to come into their inheritance, they have to live together and all experience different problems in their professional and love lives… and all of their different stories are intertwined,” first-year and co-founder of the Arabic Culture Club Kate Maro said.

The 2003 film is directed by Egyptian director Khaled El Hagar and is in Arabic, but will be shown with English subtitles for viewers.

“I’m excited to see the movie. I’ve never actually seen [an Arabic movie] from that part of the world,” Maro said.

The Arabic Culture Club,which was just formed this semester, hosts unique events each Thursday for students interested in learning more about the Middle East and immersing themselves in the culture. Maro worked alongside Ayman Abdullah, the Arabic department intern, as well as a few of her classmates to bring the club to life.

“Ayman wanted to start a place where we could have more experience with Egyptian culture and other cultures throughout the Middle Eastern world outside of class. Together we concocted an idea to make it a club that more people could come join to experience the different religions and cultural practices throughout the Arab world,” Maro said. “That was kind of the main goal—to increase cultural immersion in a different part of the world that we don’t usually get to see as much.”

On February 7, the club hosted their first event which included catered Arab food from Syracuse, N.Y., music and dancing.

Club members are excited to continue brainstorming fun and creative activities for both MIST and non-MIST students alike to engage with the culture and traditions from a different part of the world.

“Since we’re just getting started, I’d just like us to get our footing…maybe get some new ideas for things to do every week,” Maro said.

This Thursday’s screening will take place in Lawrence 20 at 5 p.m. Baklava and tea will be served.