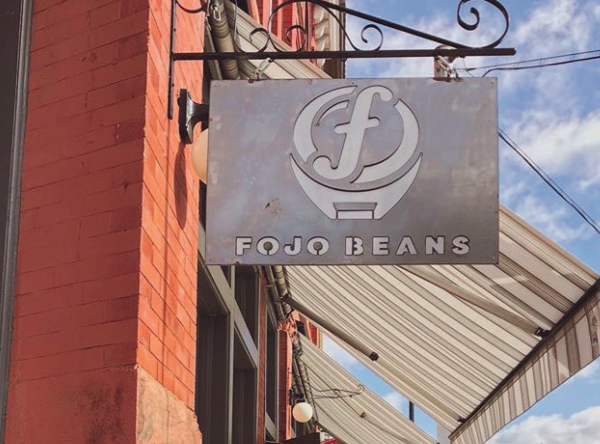 “There are not many spaces like this in central New York… with us roasting right on the premises [and] with our roaster right there where people can learn about how we are doing what we are doing. [Customers can learn about] where the beans come from and the tea selection that we have,” Foust said. “I think it’s something that Hamilton is going to be proud of.”

The FoJo Beans team has been practicing for their grand opening with mock customers, holding both a teaser and soft opening in January. Foust said he was was surprised by the turnout at the grand opening this past weekend, and the support he felt from the community.

“I think we did really well [at the grand opening] as a team, working through the few kinks that we had. I think it went really smoothly,” Foust said. “It was a very upbeat get-together, we had a nice crowd that showed up even though it was a cold day, and it was really busy.”

Founded in 2012, FoJo Beans first stepped into the Colgate community by participating in the Hamilton Farmers’ Market. The coffee shop prides itself on the quality of its coffee, sourcing its products from all over the world. FoJo Beans wants to focus on helping the community develop an intricate coffee palette.

The roasters will be holding coffee tasting sessions for those interested in getting a better grasp on the flavors in their morning cups.

Foust said he is hoping to hold more events similar to the grand opening in the near future. FoJo Beans’ lease also includes the courtyard behind the restaurant, which Foust is hoping to embellish with lights, bistro tables and even a coffee bar for events.

“I think it’s really a unique space and I’m hoping that it will become almost like a tourist attraction for people to come to Hamilton and see,” Foust said.

Despite its focus on coffee, FoJo Beans also offers a wider selection of beverages, including 30 loose leaf teas and tisanes. In addition to drinks, FoJo Beans offers a full small plate menu, including grilled cheese, cinnamon swirl French toast and a variety of quiches.

Senior George Karamanoukian commented on his experience at the new restaurant.

“It’s an entire re-imagination of the space of the restaurant. The owners are clearly eager to please the Colgate community and do so by offering good coffee, good food and a record player. Bringing old school to the gold school in every sense of the word,” Karamanoukian said.