In the Light: Emily Kahn 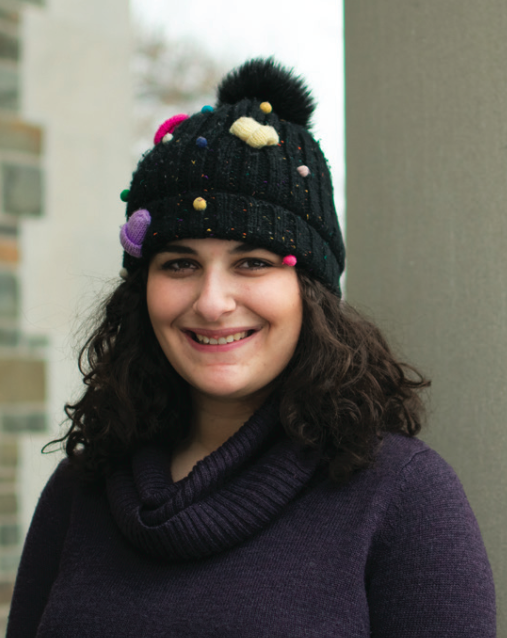 Originally from Purchase, New York, senior Emily Kahn admits that she did not initially want to attend Colgate.

“My mother dragged me here the last week of summer before my senior year of high school. I really refused to look at Colgate because it was in New York state—which is the most ridiculous restriction to have on schools—and when we came, we were late for the tour,” Kahn said.

Colgate, however, turned out to be much different than what she had originally anticipated.

“This is nothing like I expected. I feel like there’s more air to breathe here, there’s a lot more open space and it’s just really beautiful. It’s something I’ll miss a lot next year,” Kahn said.

Another thing that Kahn appreciates about Colgate is how concentrated the community is. “It’s made it really easy to get involved and have a strong sense of community here,” she said.

Since starting at Colgate, Kahn has been heavily involved on campus.

Kahn also gives some of the credit for the amazing experience she’s had to the faculty at Colgate.

“I’ve had so many mentors at Colgate. It’s incredible the amount of professors who have changed my life. I’ve had professors rooting for me since the day I stepped on campus. These relationships are some of the hardest things I will leave behind,” she said.

When asked what makes Colgate special, Kahn reflected on all she’s been able to do here. “I always think of the sense of opportunity here. The opportunities to try new things that you couldn’t even dream of doing,” Kahn said. “I think the travel opportunities are unparalleled.” Kahn explained how much she has personally benefited from the travel opportunities at Colgate. “I’ve been abroad with Colgate many times and some of my favorite memories are these trips. I went to Peru and Mexico with the Model United Nations Team, and I did an archaeological excavation for six weeks after my sophomore year. I studied abroad in London and, actually, after graduation, I’m doing an extended study in South Africa,” Kahn said. When asked what advice Kahn had for first-year students, she emphasized the importance of making connections with those outside your graduating class.