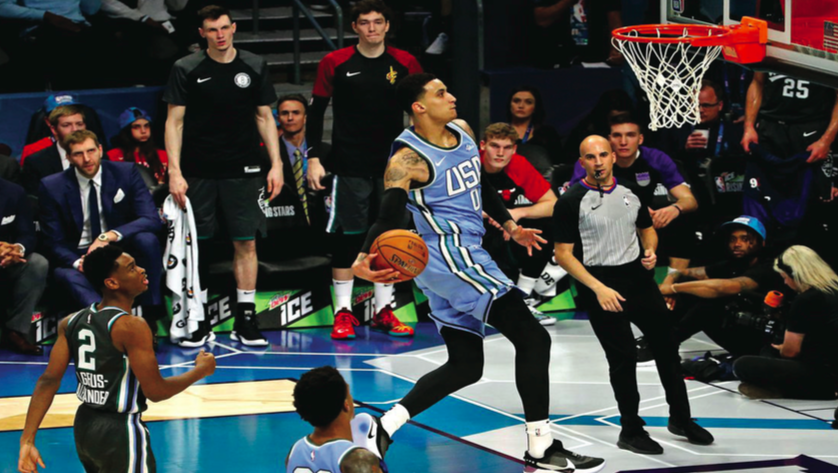 The NBA is a unique league when it comes to its All Star Weekend. Like most leagues, they have a skills competition followed by a game the next day. However, Mountain Dew and the NBA also put on a “Rising Stars Game,” which  showcases the best rookies and second year players in the league. This year, the game took place on Friday, February 15, before the skills competition and the All Star Game took place two days later.

The Rising Stars Game featured “Team USA” vs. “Team World.” Rookie Luka Doncic from Slovenia was one of many highly anticipated players to watch for Team World. In Doncic’s rookie season with the Dallas Mavericks, he has averaged 20.7 points per game and 5.6 assists per game in 55 games. In the Rising Stars game, Doncic recorded 15 points, five rebounds and nine assists.

The reigning rookie of the year, Ben Simmons of the Philadelphia 76ers, put on a show for Team World. Simmons represented Australia well in the game, putting up 28 PTS and six AST. Simmons was 14-17 from the field, scoring all 2s. In just 21 minutes of play, Simmons showed out for Team World.

Despite strong efforts from Doncic and Simmons, Team USA managed to win the game 161-144, ending a two year drought. The two leading scorers for Team USA are both in their second NBA season.

Donovan Mitchell of the Utah Jazz scored 20 points for Team USA and recorded seven rebounds and nine assists. Mitchell was runner up for NBA rookie of the year last year, losing to Simmons of Team World. Mitchell represented the Jazz well in Saturday’s outing.

Boston Celtic Jayson Tatum was also a standout player for Team USA, finishing the game with 30 points and a game high nine rebounds. Tatum was also a finalist for Rookie of the Year in 2018 and has had a great season so far.

While Donovan Mitchell and Ben Simmons had big games, it was Los Angeles Lakers forward Kyle Kuzma who was the star of the night for Team USA. Kuzma was the game’s leading scorer with 35 points, 25 of them coming in the first half. On top of his 35 points, Kuzma also had six rebounds and an impressive windmill dunk. Kuzma was named the game’s Most Valuable Player.

We hope to have another exciting Rising Stars Game next year, hopefully with appearances from Zion Williamson and R.J. Barrett of Duke University as well as Ja Morant of Murray State University. We can also expect to see Trae Young of the Atlanta Hawks and Jaren Jackson Jr. of the Memphis Grizzlies back next year for another Rising Stars Game in their quest to reach the NBA All Star Game. Doncic and other rookies may also make second appearances in next year’s game.

While it will be sad to say goodbye to players like Simmons and Kuzma who will no longer be eligible for the game next year, the Rising Stars game has a bright future ahead of it. The game gives rookies a chance to showcase their skills and be a part of the All Star Weekend festivities, a feature that is unique to the NBA.