In the Light: Curt Reeves 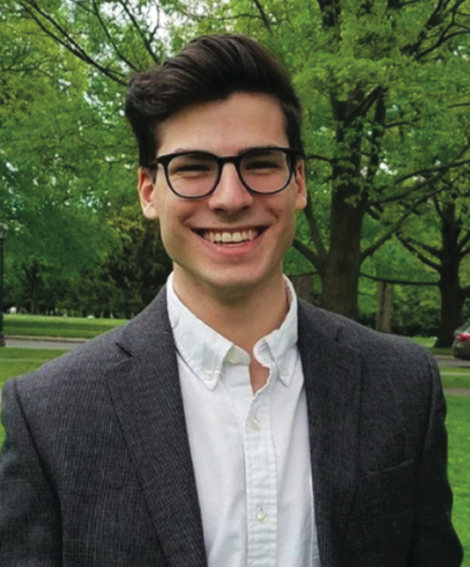 A native of Scranton, Pennsylvania (and natural “The Office” fan), senior Curt Reeves has loved getting involved in Colgate’s community in a variety of ways.

An economics and religion concentrator, Reeves is involved in the Budget Allocation Council (BAC), participates in mock trial and works for Career Services as a Peer Career Advisor.

“Being on the BAC has shown me just how many different cool groups and programming is going on,” Reeves said.

Reeves’ campus involvements have allowed him to grow as an individual and make lifelong friends.

“I remember being a sophomore on Mock Trial and beating Cornell in a trial to advance on to the next tournament. We later got rinsed by Yale, but having big victories and camaraderie on a team of people who love to argue is a great experience,” Reeves said.

His economics concentration has lent itself to past internships and a future career path.

“This past summer I was working in the Commercial Banking sector at HSBC in New York. I liked my coworkers and being in the city but ultimately decided to move on,” Reeves said.

Reeves is excited to be going back to New York City after graduation.

“I accepted a position with EY [Ernst & Young] to consult on mergers and acquisitions activity within financial services organizations,” he said.

“I’ll miss the people the most. I’ve been lucky to have phenomenal coworkers, professors and friends throughout my time here,” Reeves said. “Mike Sciola is an excellent friend who also has helped me find out what I want to do in life as well as how to get there. I’ve also found Professor Will Cipolli to be an incredible teacher and motivator.”

In his spare time, Reeves can be found watching Star Wars and learning about the NBA labor market.

“I’m a huge Charlotte Hornets fan, and an avid observer of the NBA labor market. I’m constantly reading articles and listening to podcasts on NBA advanced statistics and contract negotiations. It’s niche, but a fun hobby,” he said.

Reeves advises current students to pursue opportunities that they are passionate about. “My advice would be to spend more time finding stuff that [you] like and then doing those things. I spent too long trying to force myself into roles not meant for me,” he said.