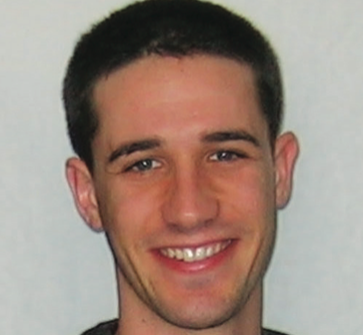 On Tuesday, February12, Colgate welcomed the final candidate, Adam Light, for a guest lecture for placement in the Physics and Astronomy Department.

Have you ever asked yourself how things decide how to build themselves? How does a plant decide to build itself the way it is or to function the way it does? While this may seem like a question for biologists, the third and final candidate vying for a position in the Physics and Astronomy Department, Visiting Assistant Professor of Physics of Swarthmore College, Adam Light, is researching this question. But instead of plants, he’s looking at plasma.

On February 12, at 11:30 a.m., Light presented his lecture, “Order from Chaos: Self-organization in Magnetized Plasma” to an audience in Ho 101. The first thing he addressed was what exactly plasma is. Sure, it sounds pretty cool, but what is it scientifically? Plasma is one of the four fundamental states of matter; Light defined it as ionized gas where there are a multitude of free electrons. This makes the gas highly electrically conductive (like a copper wire), and therefore very responsive to electric and magnetic fields, which results in the particles exhibiting collective effects.

What is even more interesting, Light went on to explain, is that when a plasma is left to its own devices, it somehow “chooses” to form very intricate structures in a vacuum. The experiment Light showed involved releasing a small plume of plasma into a glass tube with a magnetic field running through it. As time moves forward, the plume spreads out and forms a very intricate, delicate structure when it could have easily become diffuse. Light compared the “equilibrium structure” formed by the plasma to how cream spreads out in coffee. At first, you see patterns of cream in the coffee, but it quickly blends with the coffee completely. If cream behaved like plasma, those patterns would never go away but instead hold their shape, which seems counterintuitive.

Light went on to compare this behavior to the corona of the sun. He had the audience participate by holding a subtle thumbs up if he or she would expect the sun itself (the actual burning ball of gas) to be hotter than the corona (the plasma) that surrounds it. He then revealed that the corona of the sun is actually about one thousand times hotter than the surface of the sun. Throughout the presentation, Light kept the audience engaged by presenting how one would conventionally expect a gas to be- have, and then showing that it actually behaves in bizarre, intricate ways.

“His research is really cool because it’s always really beautiful when you explain the physics of things that just come out of chaos. At first I wasn’t sure it would be a good talk, but then I was really impressed how he turned it around. I liked how he did derivations on the board,” senior William Rosencrans said.

Light made use of the multiple chalkboards in the room to increase the audience’s understanding of the topic by doing mathematical derivations to show how different concepts connected. While this certainly helped the content of his lecture become more accessible, it inevitably still was a bit too complicated for some of the underclassmen in the audience.

Freshman Eric Matt noted that he did not yet have a strong enough foundation to fully understand some of the content in Light’s presentation. However, that did not take away from the awe-inspiring aspects of the presentation.

“The content was a little above me. I don’t really know what it means, but hearing it and knowing I could potentially work on it is really cool,” Matt said.

After Light’s presentation, the faculty of the Physics and Astronomy Department quickly started discussions on which candidate each member personally thought would be the best fit for the department. They made their decision around midday on Wednesday, February 13, and all the physics students are eager to find out who they could potentially be working with over the next few years.