The Luka Doncic Project Proving a Success in Dallas 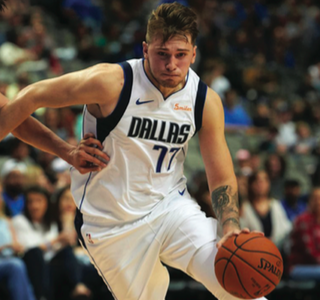 The NBA season is almost a third of the way through, and the top teams have already emerged in both conferences. The Western Conference is full of dark horse teams that could make some noise battling for the last few playoff spots this season, such as the Memphis Grizzlies, Sacramento Kings and New Orleans Pelicans. But my dark horse team this season is the Dallas Mavericks.

They were projected to come in 13th again in 2018-19, according to ESPN at the beginning of the season. They have exceeded expectations thus far, starting 13-11. This success is largely attributable to rookie forward Luka Doncic.

I love Luka Doncic; the guy is unbelievable. He hails from Slovenia and was drafted third overall and traded on Draft day to the Mavericks at 19 years old.

He played for Real Madrid in Spain before coming to the States, debuting professionally at 16. Many NBA teams were weary about him, unsure if his skills in the EuroLeague would transfer to the more athletic NBA, but he has proved those teams wrong early on.

Doncic is listed as a small forward, but plays like a point guard. He is 6’7” and poses matchup problems for opposing teams’ guards.

He is one of the most gifted passers in the NBA right now, throwing behind the back passes and alley oops to teammates at ease. He is well-rounded as well, strong on both offense and defense. Doncic has a lethal stepback three-point shot that he hit to bury the Portland Trail Blazers and Houston Rockets on December 4 and December 8, respectively.

Doncic single handedly beat the Rockets on December 8, scoring 11 straight points including three consecutive threes to put them away.

Doncic is a smart, heads-up player. He has great vision that contributes to his skilled passing. He comes up with steals and blocks and then leads the fastbreak down the court in transition. There really are just a few flaws in his game, and he is only a 19 year old rookie.

Doncic is averaging 18.2 points per game, first among rookies, 4.1 assists and 6.5 rebounds. He’s one of five players in NBA history (post three-point era) to have that kind of rookie statline. He is in good company, alongside Michael Jordan, Larry Bird, Magic Johnson and Grant Hill. We should expect special things from him going forward.

Doncic has a decent supporting cast. Center Deandre Jordan, now in his tenth year in the NBA, is in his first year with the Mavericks. He is second in the league with 13.8 rebounds a game, some coming on the offensive end to give his team second chance opportunities. Harrison Barnes has also kept up his scoring with the Mavericks, averaging 17.6 points per game.

The Mavericks have the three-point shooting threat with Wesley Matthews and Dorian Finney-Smith too, as well as some solid depth with rookie guard Jalen Brunson and veteran J.J Barea.

The Mavs have picked up some solid wins this year. After starting out 3-8, they have gone 10-3 since and won 9 games in a row at home. They have beaten the Oklahoma City Thunder, Golden State Warriors, Boston Celtics, Los Angeles Clippers and Blazers, as well as the Houston Rockets twice.

I’m not saying the Mavericks are going to win a championship this year, but they are an exciting team to watch with a young star in Doncic, who could put his team in the mix come playoff time and surprise some teams in the Western Conference.