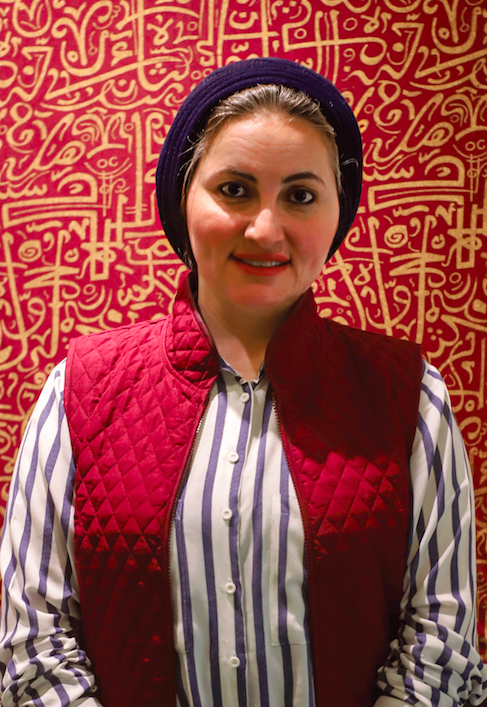 Each year, The Colgate Maroon-News chooses a topic to highlight for a Special Edition. This December, our theme is “People of the Year,” modeled after Time Magazine’s annual “Person of the Year” issue. In this special section, we have profiled sixteen individuals who have had made significant—and perhaps lesser-known—impacts on Colgate’s campus this year, be they in the classroom, at the football field or even on the Cruiser. Inside, read about what defines them as worthy of recognition.

After the 2011 Arab Spring in Egypt, Amany El-Saied Ahmed struggled to continue her career in Arabic language education. It became nearly impossible to find work teaching Arabic to foreigners because there simply weren’t many foreigners coming to Egypt.

Ahmed was working at the American University of Cairo training language teachers and teaching the Arabic language to non-native speaking graduate students. But after the Arab Spring, foreigners felt less safe in Egypt and there were fewer and fewer job opportunities for language teachers.

“The market of teaching Arabic as a foreign language in Egypt is now very, very, very limited after the Arab Spring because of the political situation in Egypt. The existence of foreigners in Egypt became unsafe, so when there [were] no foreigners, there were no students. So there were no jobs,” Ahmed said.

“Yes, I have the training in AOC, but it is not enough for me. I like training and teaching, both. Not just training,” she added.

Ahmed was faced with a tough decision: to pivot and work at schools rather than universities, change careers entirely or move out of Egypt in search of work. Though Ahmed did try other professions, such as working in film translation, she had always known she wanted to teach and struggled to find fulfillment in her life elsewhere.

“Moving all this distance to come here is better than going to work at a school or shifting careers totally,” Ahmed said. “It’s not my qualifications. I have 17 years of teaching experience, so these [other jobs are] humiliating. I [needed] to find something [better for myself].”

By using her professional connections, Ahmed found her position at Colgate. Given that her youngest daughter is study- ing abroad in Germany this year and she had an exciting opportunity to propel her career, Ahmed decided to leave her family and move to Hamilton.

Ahmed has taught an Arabic language program at Middlebury for the past four summers, but this year is her first time living in the United States for an extended period of time. Adjusting from the huge city of Cairo to a small village has been a huge adjustment for Ahmed.

“I’ve learned a lot, and I’m sure that I’m still learning,” Ahmed said. “It takes time to get used to this. But the most important thing, that I like, is that the people here are kind. So kind, I love them.”

Ahmed has now applied for a permanent job at Colgate and will stay if she is hired.

Through teaching, Ahmed has been able to pursue other passions of hers, such as journalism. Ahmed watched her brother create a career for himself as a news anchor and was always quietly jealous, so she trained graduate students in the TV and Digital Journalism Program in proper journalistic Arabic speech. Should she stay at Colgate, she hopes to create a student-run Arabic publication.

Additionally, Ahmed is teaching Egyptian dance classes next semester and cooks as many Egyptian meals as she can for her colleagues and students. She’d like more opportunities to bring Egyptian culture to Colgate’s campus, and she is excited to see what the future holds for her here.