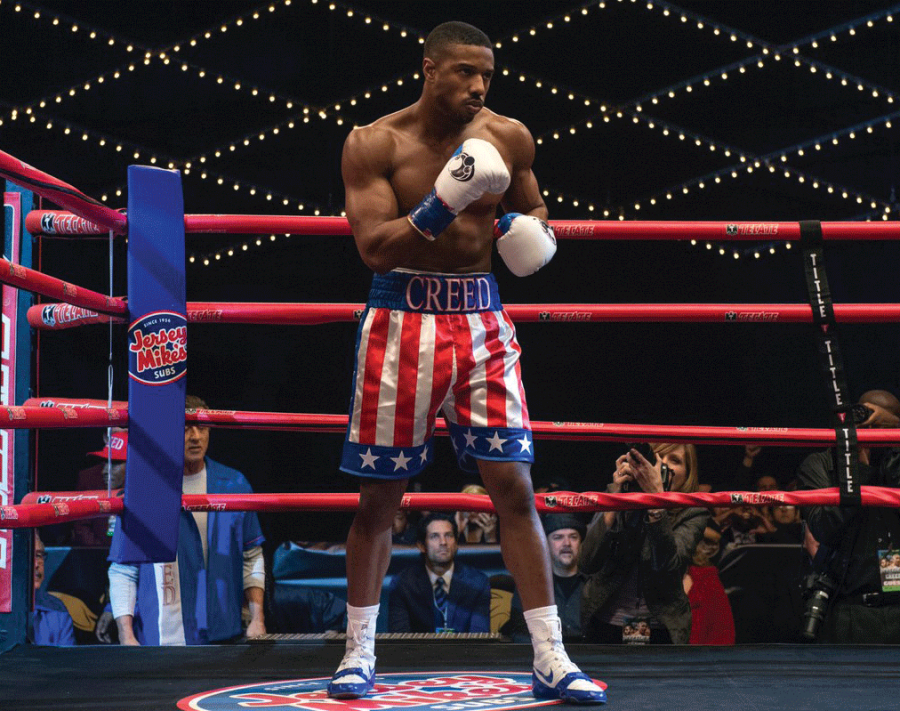 If I hadn’t already seen it over break, I probably would’ve chosen to review “Instant Family” this week. I really liked the film, too—it was the perfect combination of belly-laughs and bawling. Yet “Creed II” was my only option this week, so alas I went. Why was I so reluctant? I didn’t particularly enjoy the original “Creed” (2015) and I’ve only watched 7/8 of “Rocky” (1976) because I fell asleep. But I’m glad I gave the franchise another chance.

“Creed II” begins with Donnie Creed’s (Michael B. Jordan) victory at the Heavyweight Championship. Taking his win as a good sign, he also proposes to Bianca (Tessa Thompson), his girlfriend of three years. Creed’s bliss is quickly interrupted by Viktor Drago’s (Florian Munteanu) challenge to the championship. Viktor is the son of Ivan Drago (Dolph Lundgren), who both killed Donnie’s father Apollo Creed, and was humiliatingly defeated by Rocky (Sylvester Stallone). In spite of protests to do otherwise and Rocky’s refusal to stand by him, Creed is determined to defeat the Dragos once and for all.

In terms of plot, the premise is quite predictable. It’s your basic revenge-sports-drama sequel where the protagonist must prove himself once again. But there’s a lot more to it, and we’re taken along for the ride. We see Rocky’s regrets and worries, as well as Creed’s emotional and physical turmoil. His character development is tangible and well-portrayed by Jordan. Jordan and Stallone also have clear on-screen chemistry, which helps.

What is it about boxing that appeals to an audience? It’s violent, gruesome and aggressive. Yet something about it keeps us watching and keeps our eyes on the ring, or in this case, the screen. Like any good boxing movie, the boxing scenes in the film are gut-wrenching to watch. Every time Creed took a hit, I found myself cringing. The scenes balance the right amount of tension, excitement and fear. In terms of emotional involvement, “Creed II” surpasses its predecessor, keeping our eyes and hearts invested.

I found myself feeling surprisingly sympathetic to Drago. There’s something tragic about his character and how he’s forced to carry out his father’s vengeance. All he’s ever known is hate. The film hints at a humanity and complexity in Viktor and Ivan Drago, but doesn’t explore it. I would’ve liked to see more. Besides, we have enough negative Russian stereotypes in American films.

As for the ending, I thought it was fairly satisfying. Will there be a “Creed III?” Probably. But honestly, I think the franchise could end where it is now.

If I had attentively watched the series, I probably would’ve appreciated “Creed II” more. I think other boxing movies have done a much better job: “Million Dollar Baby” (2004), “Cinderella Man” (2005) and “The Fighter” (2010), for starters. But that isn’t to say that I didn’t enjoy the movie. It offers you pretty much everything you expect, and who needs more than that? As my friend said, all you really need is Michael B. Jordan’s beautiful face—and they’re not wrong.