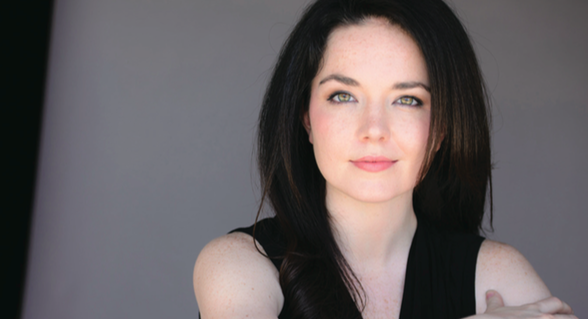 Writer Mary Anna King made her first return to Colgate since graduating in 2004 on Thursday, October 25. King came to Colgate as part of the Living Writers series, where, as usual, program coordinator and Associate Professor of English Jennifer Brice walked on stage at precisely 4:30 p.m. and began introducing King.

King wears many hats, two of which include playwright and activist. Inspired by her own life story as well as the stories of other adoptees, King wrote her memoir “Bastards,” which was published in 2015. King is one of seven siblings, all but two of which were adopted. As a child, she would see her siblings come and go and finally, at age ten, her parents placed her and one of her sisters under the care of her grandparents. Los- ing contact with her birth parents and remaining siblings, King felt a keen sense of displacement.

“Loss was the only constant in young Mary’s life,” Brice said.

From this loss blossomed strength and perseverance. King’s stunning memoir recounts in incredible detail the experience of being an adopted child and adult, as well as finally reuniting and meeting her six siblings as a young adult. With this detailed introduction, King finally stepped on stage.

“I remember attending these readings when I was an undergrad,” King recounted, laughing. “I took psychology in here. It’s weird standing on the other side of the room.”

King began by discussing her childhood and how she loved reading and writing. She started keeping journals at age 11, and remembers vividly how she would read any and every book that was put in front of her, start- ing from the day her mother asked King to read aloud to her while she cooked.

At Colgate, King took a myriad of writing classes, but she never wrote about her own story. Instead, she wrote about people she wanted to be and places she wanted to see. She didn’t think her own story was worth reading. When one of her long-lost sisters, Lisa, reached out to her for the first time while King was a sophomore at Colgate, though, she was shaken to her core. She suddenly had a new definition of family, and she began to think more about where she came from and who she was.

After this reflection, King began to read from her memoir an excerpt about Lisa. Her writing was detailed and descriptive, which was shocking because she was only two years old in the scene she was describing. She described driving to a diner with her parents and brother at a time when her mother was pregnant with Lisa. They were meet- ing with a couple that was planning to potentially adopt Lisa. King remembers understanding that her unborn sister wouldn’t be staying with her, and remembers seeing the tiny baby at the hospital and saying goodbye. The amount of maturity she was forced to develop at such a young age is shocking, and this produced vivid memories that gave her the ability to produce such a fascinating memoir.

After the reading, it was time for a question and answer session. King described her now-close relationship with her six siblings and the difficulties she experienced growing up, including her grandfather becoming her legal father and developing a relationship with her step-grandmother/ mother. She also spoke on an upcoming novel she is working on, about a woman who discovers she is adopted at age 30. King is planning on continuing the discovery of her identity and helping others realize that it is important to remember where you came from and that you’re not alone.

“I think [King] raised very interesting topics of what it is like to live as an adopted child and how they feel,” senior Victory Unigwe said. “This was important for people who have had no experience with adoption.”

The question and answer session offered more insight to King’s personal relationships and her future plans. It became clear how passionate she is about her cause, and also how much she loves her family, adopted or not.