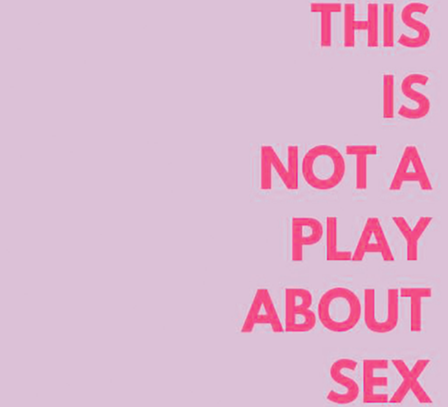 This is Not a Play About Sex (TINAPAS), a play written by Colgate alumna Poppy Liu ’13, brought the Colgate community to the Edge Cafe on Saturday, October 27 and Sunday, October 28 at 7 p.m. TINAPAS, an annual campus tradition, tackles the topics of gender, sexuality and relationships head-on. Liu wrote the play as her senior thesis to raise awareness about these topics in hopes of improving the sexual climate on campus.

The play consisted of multiple scenes derived from nearly 300 hours of interviews from 23 students conducted by Liu during her senior year. TINAPAS starts off with humor, commenting on how people view their genitalia, then slowly takes the plunge into more serious topics about sex, what it means to be vulnerable with another person, gender, the hookup culture at Colgate and sexual assault.

“The scenes just put into words some of the things I had felt myself,” first-year Madeleine Giles said. “The topics about body image, and even falling in love with somebody, [those emotions were] really poignantly captured.”

Though it is based on specific narratives experienced by Colgate students, TINAPAS invokes the idea that these issues are felt by college students in general. Colgate experiences will affect our lives in a world shaped by what we have done. In this way, the play discusses how students can become involved in the community here at Colgate and beyond.

The play encourages students to help peers in potentially dangerous situations, respect one another’s identities and serve as allies to the LGBTQ+ community.

Giles was particularly moved by the scenes centered around the lives of women on campus.

“Girls supporting and loving each other is important, because a lot of times women can gang up on each other, and it’s just part of internalized misogyny. We need to band together rather than tear each other apart,” Giles said.

Each year, the play is updated with contemporary vocabulary and ideas. This year, for example, a scene touched upon asexuality.

“Each year they try to make [TINAPAS] a more inclusive voice for everyone,” senior Shoshi Stern-Robbins said.

Senior and SGA President Jenny Lundt spoke about her experience with the play when she was a first-year.

“I remember seeing so many juniors and seniors I idolized from afar, and it helped frame my experience and realize the feeling of insecurity and not fitting in and relationship problems I was having. A lot of other Colgate students are dealing with it, too,” Lundt said.

In addition to recognizing one’s personal struggles, TINAPAS emphasizes the importance of engaging the community and recognizing others’ personal stories. Salis explained this in the last monologue of the play, dropping the previous segment in the original version, which made it too easy to walk away from the show feeling one had done enough simply by attending.

“Showing up to the play is great, and supporting the play is great, but that is not enough. If there is even some sort of curiosity after seeing the play or even hearing about it, come talk to the people who were a part of it, and we can help you be involved in real movements and spaces on campus,” Salis said.