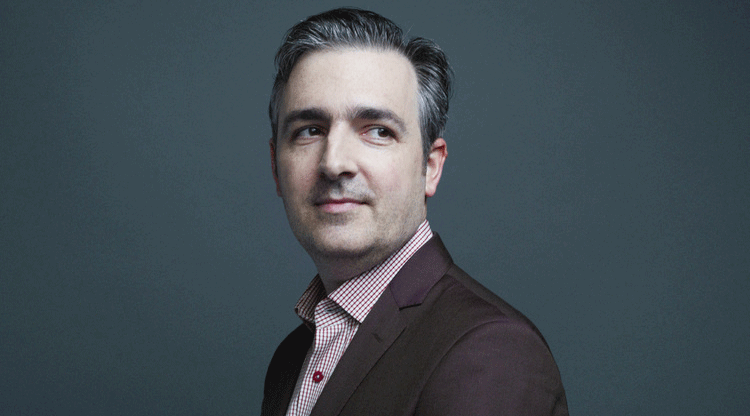 Though comic books are often associated with dramatic, child-like tales of superheroes saving damsels or cities in distress, there is really a lot more to them as a medium. Comic books exist at the intersection of visual artistry and writing, making them a rich and unique mode of storytelling.

One of the most recognized American comic book artists, Matt Madden, spoke at a Brown Bag in Alumni Hall on November 8. His talk, “Create Your Own Labyrinth: The Paradox of Finding Creative Liberty Through ‘Constraints,’” took the audience on a brief tour through the world of comic books as models of creating art within a certain set of constraints which, perhaps ironically, greatly helps the creative process.

“We generally think of constraints as being bad things. I don’t have enough time to finish this, I can’t draw as well as I’d like to, I don’t have enough money to buy a 35mm movie camera,” Madden said. “But another way to look at constraints is to see them as an opportunity, a way to give yourself limits that are going to help you break out of precisely the problems that are holding you down.”

He then went on to give multiple examples of artists and writers who went to extremes when choosing their constraints. One example is a novel by Georges Perec, originally written in French, titled “La Disparition,” which translates to “A Void” in English. The “void” in this case was the absence of the letter “e.” The entire novel is written without a single use of the letter “e,” a difficult task for both the French and English languages. The result is a unique and interesting narrative that also allows the reader to appreciate the care and skill it took to write an entire book without the most used letter in both the aforementioned languages.

Madden mentioned other works before moving onto his own, including “Sphinx” by Anne Garréta and “One Hundred Mil- lion Million Poems” by Raymond Queneau. Garréta’s novel is written without ever reveal- ing the gender of the main characters (an especially difficult task since the original is written in French, a language with gendered nouns), and Queneau’s book of poetry creates 100,000,000,000,000 different poems by combining lines from ten sonnets. Both of these are incredibly impressive feats, but Madden’s own work was the one that caught the attention of the students in the audience.

Madden’s “99 Ways to Tell a Story: Exercises in Style” shows the reader how one eight-panel comic strip story can be drastically changed by changing any number of factors, such as the organization or orientation of the panels, the perspective and style of the drawings or the amount of text and dialogue.

“The one that really stood out to me was “99 Ways to Tell a Story,” and different ways you can pull apart at a narrative and then build back upon it to create endless iterations. It was really interesting to me,” art concentrator and senior Charlotte Scott said.

One particular iteration of the panels stood out to senior Micah Dirkers.

“I thought one of the most interesting elements of the presentation was when he took those eight frames, shrunk them down and drew around them another scene that you might not have thought was there. I feel like that speaks to an interesting constraint of size and perspective,” Dirkers said.

Comics and graphic novels are increasingly becoming a part of the contemporary adult’s library. The particularities of why artists choose to draw every single detail and the control over every single panel allows for a powerful medium for storytelling. Ultimately, Madden is not hindered by the constraints of what must be observed to make something a comic book, but rather enhanced and uplifted by the challenge.