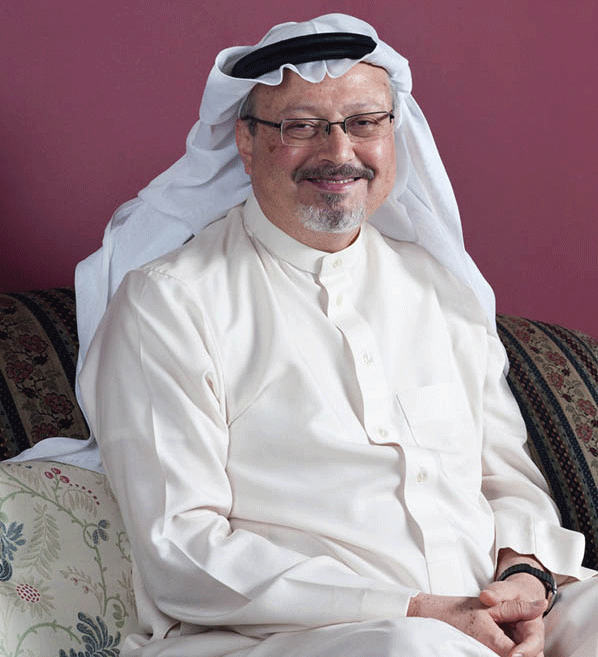 Prominent Saudi Arabian journalist Jamal Khashoggi disappeared on October 2 after arriving at the Saudi consulate in Istanbul, Turkey. He was acquiring divorce papers that would allow him to marry his Turkish fiancé. Multiple news outlets confirmed Khashoggi’s murder inside the consulate, and provided strong evidence of the Saudi crown’s planning of the murder.

Khashoggi was a prominent critic of his country’s government, living in the United States out of fear since the summer of 2017. Following his disappearance, the Saudi Arabian crown claimed they played no role in the scandal, saying that Khashoggi had left the consulate alive. A body of evidence proves otherwise, according to the New York Times.

President Trump responded to Khashoggi’s murder in support of the Saudi government’s statement that they were not responsible for the murder, the New York Times reported. Trump’s support ignores both his own U.S. intelligence sources along with other overwhelming evidence supporting the Saudi crown’s planning of Khashoggi’s murder.

Trump’s response is absurd yet unsurprising knowing the foreign policy values of the president. According to USA Today, Trump’s failure to condemn Saudi Arabia infuriated members of Congress on both sides of the aisle. Trump and his administration have since backed down in their initial support for Saudi Arabia as their claims to not be involved become more difficult for the public to believe and disapproval for his actions grows in Congress. However, it seems unlikely that Trump will speak out or take any action against the Saudis.

Denmark, Finland and Germany denounced Saudi Arabia by halting the sale of arms and weaponry to the country, while the Trump and United States justified their support for the Saudi crown on the basis of arm sales. Saudi Arabia is also a large supplier of American oil, which also influenced Trump’s support for Saudi Arabia, according to USA Today. Trump claimed that oil prices would spike if American relations with Saudi Arabia are hurt, according to the New York Times. The president’s intimation that politics play an unquestionably large role in oil prices is absolutely true, however, failure to denounce acts of inhumanity is unAmerican. We are not only one of the most powerful countries in the world, but we are also one founded on both a free press and dignity of due process. Saudi Arabia’s murder of Khashoggi is an effort to suppress opposition to the crown’s power, making Trump’s support alarming. Oil is not more important than lives or dignity.

Trump ran a successful presidential campaign calling the largest outlets of the free press in our country “fake news,” and this rhetoric continues throughout his presidency. The murder of a journalist is an alarming effect of suppressing opposition by the Saudis, and Trump’s response puts personal relations, oil and arm sales above dignity and humanity.