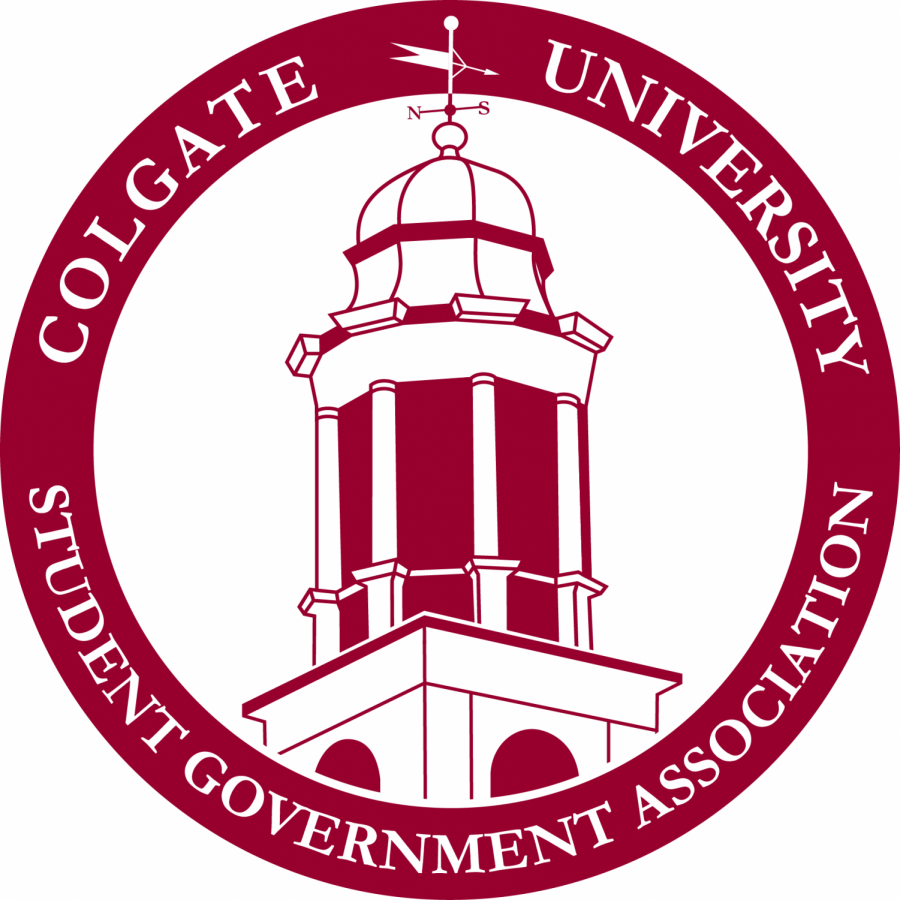 The meeting began with votes to approve two new student-run clubs, the Political Review and the Actuarial Society. Both organizations were approved by Senators.

Senators also directed their attention to dining services. Da- vid Porter, CEO and President of Porter Khouw, spoke to Senators to gauge student opinions on their experiences at Colgate’s dining halls. Porter Khouw is a food service consulting firm that concentrates on improving din- ing programs on for colleges.

Senators made several recommendations for improvements to dining experiences. They emphasized the importance of the cleanliness of utensils and plates at Frank Dining Hall, more environmentally-conscious disposable cups and straws at dining spots around campus and a more diverse menu at Frank.

Additionally, senators delved into a discussion about the Free Speech Report, which was written by the University’s Task Force on Academic Freedom and Freedom of Expression.

Spencer Kelly, Professor of Psychology and Neuroscience, and Christopher Wells, Senior Advisor to the President, represented the task force.

Kelly, the chair of the task force, explained that the report is not a policy document, but rather a general statement of principles and aspirations for dealing with free speech-related issues and debates.

According to Kelly, Colgate was inspired to write a Free Speech Report when The University of Chicago released their own statement on academic freedom a year and a half ago.

Last spring, a professor from the University of Chicago spoke to Colgate students and faculty about the task force they assembled and the report their university published. The committee that was established at Colgate as a result was comprised of thirteen Colgate community members, including trustees, staff members and students, who met consistently throughout the 2017-2018 school year.

SGA President Jenny Lundt said she would like to see a brown bag brought between the task force and the SGA to discuss what the report means for Colgate’s campus and how to utilize the document moving forward.

The senate has yet to vote on the Free Speech Report’s approval. Both the board of trustees and Colgate’s faculty have already voted unanimously to endorse it.

As the elected officials that represent the entire student body, the senators’ votes will be important in voicing student opinions about academic free speech.

The SGA senators have also yet to vote on the approval of a proposal from the College Republicans to bring Ben Shapiro, a prominent conservative speaker, to Colgate in the spring.

The proposal amounts to over $35,000, and has already earned support from the Budget Allocations Committee (BAC), which distributes Student Activities Fee funds to SGA-recognized clubs. Because the cost of the proposal exceeds seven percent of the BAC’s semester budget, it must undergo a confirmation vote for approval by senators as well. A majority in the Senate is required for confirmation.

When lending support to funding proposals, the BAC is concerned with fiscal responsibility, rather than the content of a proposed speaker (or other use of funds). According to BAC bylaws, “the BAC is not convened to express likes or dislikes towards requests/events but rather to determine eligibility and practicality.”

The senate confirmation vote on the College Republicans’ proposal is set to occur during the SGA’s next regular meeting on Tuesday, October 16, at 7 p.m in Persson Auditorium. The meeting will be Livestreamed on the SGA website.

Editor’s Note: An earlier version of this article excluded detail about the BAC and SGA’s speaker approval process. Information has been added to clarify the necessity of senatorial approval of the College Republicans’ proposal.