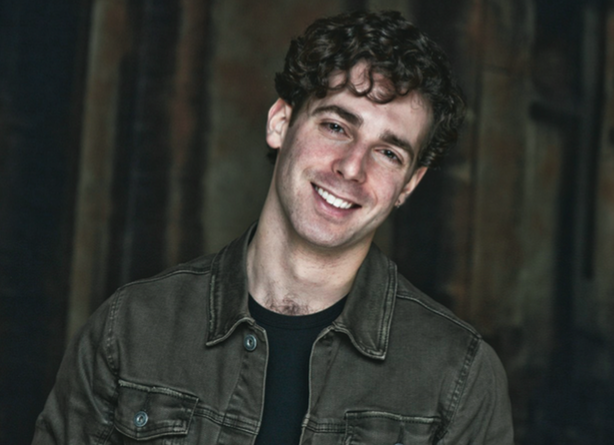 At 6 p.m. on Monday, October 22, regulars at Frank Dining Hall had the privilege of hearing Canadian-born singer/songwriter Josh Taerk perform with his band as they enjoyed their meals.

Taerk has been making a name for himself since 2010 when he met Max Weinberg, Rock & Roll Hall of Famer and drummer for Bruce Springsteen and The E Street Band.

“Josh Taerk is the most exciting new talent I have come across in years. I’ve known, and played with, a few singer/songwriters in my time, and I can tell you Josh Taerk has what it takes,” Weinberg said, according to Taerk’s website.

Since meeting Weinberg, Taerk has played on stage with him and other acclaimed artists such as famed blues guitarist Robin Trower, Kevin Costner and Modern West, Jon McLaughlin and Austin Jones – just to name a few. Taerk met John Oates from Hall & Oates, another Rock and Roll Hall of Famer, at the Aspen Songwriters Festival in April 2011. Oates even recorded background vocals for two songs on Taerk’s 2015 album “Here’s To Change,” including the title track which was play-listed on over 40 radio stations throughout the United Kingdom. Renowned music journalist Jason Ritchie called the album one of the top 25 in 2015 and also put Taerk on his list of 2015’s “Top 5 Live Acts.”

Taerk exhibited a clear comfortability with the spotlight, probably from the practice he has gained from six years of international touring.

Taerk came to Colgate as one of the first stops on his “The Coffee House” tour, in which he will visit university towns. It is his third tour of the year, but the first since the September release of his new album “Beautiful Tragedy.”

Not only did Taerk write and record the songs on this album, but he co-produced the album with Teddy Morgan of Kevin Costner and Modern West whom he met through Weinberg. With creative control in his hands, Taerk was able to blend elements of pop, rock and country to refine his own unique sound. This blend nods to the origin of the title for the new album.

“I chose the title because I liked the contradiction. I’ve never fit into just one category. I’m influenced and inspired by a lot of different elements that sometimes seem completely opposite, and that’s what makes me, me,” Taerk said.

Taerk played many of the songs off of his new album including “Beauty Queen,” the titular track “Beautiful Tragedy” and his most popular Spotify track – with just under 95,000 listens – “Anywhere Love Took Us.” His originals had students pausing their conversations and bobbing their heads to his music instead; a few students even got up to dance down the aisles of the dining hall.

Taerk also mixed in some cover songs including Ed Sheeran’s “Thinking out Loud,” Taylor Swift’s “We are Never Ever Getting Back Together,” Khalid’s “Young, Dumb, and Broke” and Bruno Mars’ “Uptown Funk,” to which Frank-goers readily sang along.

Taerk’s lively performances and honest lyrics are enough to make any music lover a fan. If you missed his Colgate debut, check out his recordings and live videos on YouTube, Spotify and Facebook.